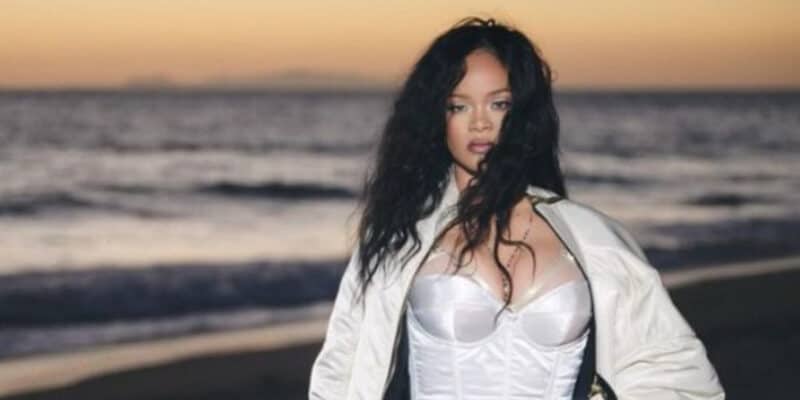 So how did the Marvel Cinematic Universe of all things get RiRi to break her songwriting hiatus?

By now, it should be well known that world-famous pop singer Rihanna is making her long-awaited comeback to the music industry — and this time, it’s with The Walt Disney Company-owned Marvel Studios superhero franchise based on the Marvel Comics, the Kevin Feige-helmed Marvel Cinematic Universe.

The upcoming film, Black Panther: Wakanda Forever (2022) will debut in just a few days, on November 11 in the United States. This marks a return for the explosively popular Black Panther film franchise, with the first film Black Panther (2018) taking the world by storm as the first Marvel Studios film with a Black director and a predominantly Black cast, earning Best Picture at the Oscars (among 6 other awards attained at the 91st Academy Awards). The new movie has had its fair share of controversy, however — with people calling for boycotts of the film with the #RecastTChalla movement, after Boseman’s brother expressed that he would rather Marvel Studios do that instead of turn his brother’s death into canon within the MCU. On the other hand, other Marvel stars have opposed such fan movements.

Black Panther: Wakanda Forever director Ryan Coogler spoke on the making of the much-anticipated film. Speaking to press moderator Jacqueline Coley on the featured Rihanna track and how they managed to convince her to come aboard — and break her musical silence. And it might have something to do with an extremely impressive promo that caught the pop star’s eye.

According to The Direct, in the interview, Coogler begins by detailing their relationship with Childish Gambino’s “This Is America” music producer, Ludwig Goransson:

I can’t take sole credit for that. I think that we have an incredible composer, Ludwig Goransson, who’s also a music producer, who’s got a great reputation. You know, made This is America with Childish Gambino [indiscernible] so I think Ludwig was a major factor. Big thanks to Jay Brown at Roc Nation and Jay-Z, who’s a friend, who helped make the connection. Look, Rihanna has given us a whole career, a whole catalog of music, and now she’s given us, you know, make-up and clothing, you know, and I think the world would understand if she hung up her mic, you know. And I completely understand, because I love her music so much, I feel like she’s given us all that you could ask for.

On how they arrived at the decision to work with Rihanna, whose own recent motherhood mirrors the themes found in Black Panther: Wakanda Forever, Coogler said:

But the truth is, we were looking for a great artist who could tell the story of the film, and embrace the themes of the film, and present them to the audience in a different packaging. You know, that’s what Kendrick did for us so beautifully with the first film. And this film is different. You know, it made sense that it would be a woman, it made sense that it could be someone who could speak to, not necessarily the words, but the feeling of motherhood, because that’s a major theme in this film.

The biggest clincher for Rihanna though? Apparently, the trailer for the movie.

Coogler mentions the trailer being a turning point for the singer — likely the one shown at this year’s San Diego Comic Con (SDCC) — being the thing that convinced her to return to music. The new song “Lift Me Up” by Rihanna is also co-written by Ryan Coogler himself:

And I think it timed up, that she was in that kinda space in her life. [clears throat] And she was open and it was really the trailer I think that, when she saw the performances that everybody was putting down in the trailer, that was what kinda put her over the edge and she said, ‘Hey, I wanna see this film, I wanna see if I can figure this out. ‘We collaborated with this incredible singer Tems. And she and I wrote the words, Ludwig made the music. The music was recorded on, like, three continents.

The cast for Wakanda Forever also stars Martin Freeman (Everett Ross), Winston Duke (M’Baku), and Florence Kasumba (Ayo). Marvel newcomers Michaela Coel (Aneka), and Tenoch Huerta (Namor) also join the cast — with Namor and his people the major antagonists, posing a threat to Wakanda in the absence of their protector and King.

The trailer that in all likelihood convinced Rihanna to make a comeback, featuring the song by Tems, can be viewed below:

What do you think about Rihanna’s return? Are you excited for Black Panther: Wakanda Forever? Share your thoughts in the comments below.