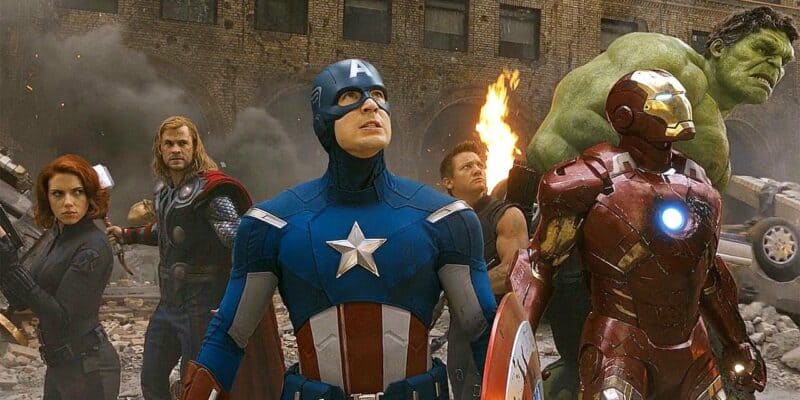 A lot has changed since Avengers (2012) — and there are new superpowers springing up everywhere in the MCU.

The Walt Disney Company’s Marvel Studios has a bevy of superpowered individuals under Kevin Feige’s watchful gaze — with the Marvel Cinematic Universe (MCU) dominating the film industry for decades since the late 2000s, there’s a literal horde of enhanced individuals in the MCU. I mean, we saw them flooding an entire battlefield to defeat Thanos in Avengers: Endgame (2019).

After saying goodbye to Marvel heavyweights Robert Downey Jr. as Tony Stark/Iron Man and Chris Evans as Steve Rogers/Captain America, however, Marvel fans and audiences have been treated to an ever-expanding roster of superheroes — and that comes with superpowers. And inevitably, superpower comparisons.

What makes a superpower “underrated”?

So we’re talking about superpowers belonging to superheroes who frequently aren’t considered “powerful” by many, or just criminally overlooked. These are heroes (and villains, and antiheroes — we’re not discriminating here) with powers that are often seen as “useless”, or ineffective, with audiences treating these heroes as significantly “weaker” than other heroes out there. Keep in mind, this is not about ranking the most powerful or the least powerful, but how underrated they are.

The 5 Most Underrated Superpowers in the MCU

Okay. Hear me out!

You’re probably thinking: this is crazy, Spider-Man is a beloved and iconic Marvel Studios mainstay! And he is, ever since he debuted in Captain America: Civil War (2016) and his own Spider-Man: Homecoming (2017) — except that his powers specifically are often quite underrated. He’s charismatic, and full of love, and “great responsibility” — but his actual abilities may be hinting at a bigger potential than many realize.

Spider-Man AKA Peter Parker portrayed by British actor Tom Holland has always been seen as a “little kid”. A protégé of Iron Man/Tony Stark, he’s always been viewed with the same “kid-glasses” that Tony saw him with, just like in Infinity War and Endgame. However, the true power of Spider-Man doesn’t necessarily rest in his ability to create super-sticky spiderweb, or have super-healing or super-strength (nearly everyone in the MCU has this at this point) — but it lies in his reflexes.

In Spider-Man: No Way Home (2021), Doctor Strange (Benedict Cumberbatch) attempted to separate his physical self from his mind in order to incapacitate Peter Parker — only to surprisingly find that Peter was able to dodge him while in that “mode”. Doctor Strange himself said that it shouldn’t be possible that Peter Parker could do this. And on top of that? Peter has his classic “Spidey-Sense”, or as the MCU calls it, the “Peter Tingle”. Now that’s a criminally underrated power to have, because who knows what exactly this “prediction” sense actually entails within the MCU? Is Peter Parker potentially performing a sort of lowkey magic like Scarlet Witch and Agatha Harkness (Kathryn Hahn)? Could this be a Mutant-style mutation, like in X-Men, like the one hinted at in Black Panther: Wakanda Forever (2022)? Since Tom Holland is likely to return to the MCU, we might just have to see if this goes anywhere!

This next one on the list also potentially controversial.

Similar to Spider-Man, we see that lawyer-by-day and vigilante-by-night, Daredevil, has some tricks of his own. Established in Spider-Man: No Way Home, Matthew Murdock — ostensibly representing the law firm Nelson, Murdock (and Page) from the Daredevil (2015) Netflix Marvel TV show — was actually shown as having similar or even faster reflexes than Holland’s Peter Parker/Spider-Man.

Catching a brick in mid-air even before Peter could get to it, Matt Murdock accomplished this feat somewhat differently from the web-slinger. In fact, the Devil of Hell’s Kitchen does not have any science or magic-given powers. Daredevil only has highly developed senses on a part of him becoming blind as a child, and getting super-hearing, super-sense of touch, super-smell — you get the picture!

There’s a reason why they call him the Man Without Fear — and it’s because he embodies fear and turns it against his enemies. And considering that Daredevil can smell and hear people’s heartbeats and scents from blocks away, it’s safe to say that any threats will be sensed almost immediately.

Now Winter Soldier is an interesting one.

Pretty much the butt of jokes as the “forgettable sidekick” of Steve Rogers AKA Captain America, Rogers’ best friend from the ’40s and Second World War is a bit of a sleeper agent.

Having been experimented on with serums by HYDRA for years, kept on ice and then reprogrammed to become the ultimate assassin, the Winter Soldier originally named Bucky Barnes had to overcome a ton of conditioning in Falcon and the Winter Soldier (2021). But it’s clear that he can absolutely hold his own as a Super-Soldier himself, much like Captain America. He also comes with the perk of having an entirely Vibranium arm — bestowed upon him by the super-technologically advanced African nation of Wakanda.

Basically, he’s Steve Rogers with a Vibranium arm. Apart from the fact that a particular string of words triggers crippling trauma for him (which he’s essentially gotten over), he’s technically a lot stronger than many give him credit for.

Another superhero frequently forgotten about — to be fair, she’s only been in one Marvel Studios property so far!

But America Chavez’ dimension-hopping powers are vastly underrated at the moment! She was essentially the MacGuffin for Doctor Strange in the Multiverse of Madness (2022), after all. Wanda Maximoff/Scarlet Witch (Elizabeth Olsen) really — and I mean, really — wanted America Chavez’s powers to secure the life she wished to have with her kids. Being able to breach the now-bust open Multiverse is likely going to play a huge role in future MCU properties, with Phase Five and Phase Six being called the Multiverse Saga.

There’s nothing much else to say. Once she learns more control over her powers, what’s to stop her from crossing around as she wants, potentially creating universe Incursions whenever she pleases? It’s a frightening thought, honestly.

Becoming best friends with Madisynn in She-Hulk: Attorney at Law (2022) only solidified his status as a comic relief character — but keep in mind, he’s actually the Sorcerer Supreme of the entire world — and technically above Doctor Strange in rank (and presumably his equal at least in power).

His potential for magic is nothing to sneeze at — so it’s best you don’t underestimate this robe-wearing wizard.

With the ever-growing Marvel Cinematic Universe and its Multiverse bringing more superpowered individuals into the mix — who’s to say how this list might change? With Phase Four setting up some really big things for the MCU’s future, it’s on Marvel Studios to keep innovating — yet making sure that every hero is still viable in the case of an Avengers-level threat!

Do you think these are truly “underrated” superpowers? Did we miss anything? Share your thoughts in the comments below!