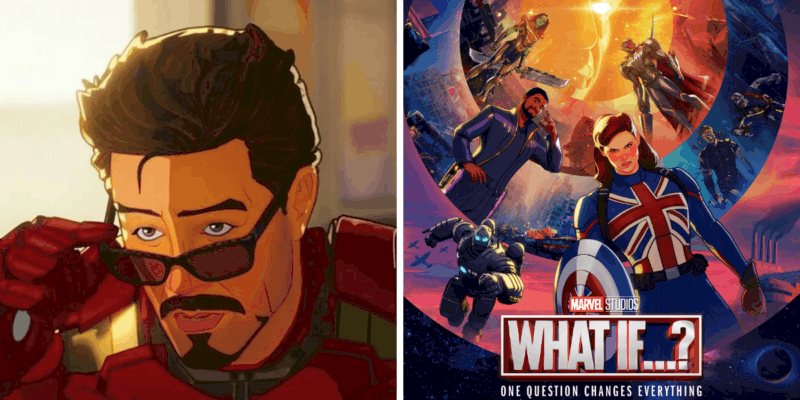 Marve Studios just aired the ninth and final episode of its animated television series What If…? on Disney+, which gave fans alternate versions of classic stories from the Infinity Saga.

Marvel fans were excited to see wild versions of their favorite heroes, such as Doctor Strange’s dark side, a  new look at the Guardians of the Galaxy, and a posthumous appearance by late Black Panther/T’Challa actor, Chadwick Boseman.

But there has been backlash from some fans over the handling of Iron Man’s role in the popular series, with head writer A.C. Bradley revealing just how upset certain viewers were.

Character deaths and tragedy are synonymous with the MCU and its stories, but many have realized that Tony Stark ends up dying more than once in these hypothetical timelines––so much so that it has become a strong topic for fans.

Stark was murdered by Hank Pym in the third episode, killed by a quantum zombie virus in the fifth installment, stabbed by Killmonger in the show’s sixth outing, and, most recently (spoiler alert), ousted by Ultron in the final episode.

After enduring the emotional and important death of Iron Man in the record-breaking Avengers: Endgame, fans were outspoken about not wishing to see the icon die on their screens any longer.

Sitting down with Entertainment Weekly, Bradley addressed the concern for the character and made light of the fan response:

“Yeah, due to the pandemic one of our core production houses was hit very hard, and could not finish animation on one of our episodes that was supposed to air earlier in the season. That episode featured Tony and Gamora. It was a lighter episode! We didn’t murder Tony horrifically in this one, I promise! Big spoiler. [ Laughs ] But I’m getting hate mail.”

Bradley confirmed that “there [is] a bit of a bigger plan,” when it comes to all the cruel endings, and confirmed that the rough time some characters were having is not all for nothing:

“The most liberating part of What If…? has been writing things you’ll never see in the movies, which includes killing off our heroes, ending the world, just going full out… I’m excited for people to see that we’re not going in there clueless, that there was a bit of a bigger plan. I’m aware that many of the episodes end tragically, and there might be a reason. I’m hoping people have enjoyed the ride so far, and that the finale gives them everything we promised.”

Of course, the finale episode was meant to come after the “lighter episode” Bradley mentions. The episode featuring Tony Stark and Gamora was cut by Marvel Studios due to COVID-19 related issues. She was also happy to reveal that Tony actually lived all the way through this episode after the first eight entries frequently gave the MCU hero a tragic fate.

All nine episodes of What If…? are available to stream on Disney+. Season 2 is already in production.

What did you think of Iron Man’s role in What If…? Let us know in the comments!