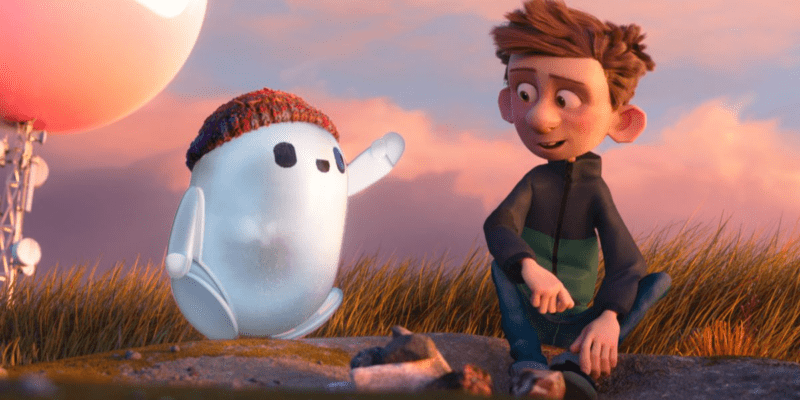 Under a new, unusual deal, the animated feature film Ron’s Gone Wrong (2021) will be available at no extra charge to subscribers of both Disney+ and HBO Max.

When you can stream Ron’s Gone Wrong

The animated family comedy Ron’s Gone Wrong from 20th Century Studios — formerly 20th Century Fox — will hit Disney+ and HBO Max on December 15. After a theatrical run that began in October 2021, the film will be premiere on two streaming services on the same day. According to Variety, the unusual shared release plan is part of a tweaked agreement between WarnerMedia and Disney that will see the media conglomerates sharing co-exclusive rights to 20th Century Studios films through the 2022 release year.

Related: You Can Enjoy Some of Disneys ‘Encanto’ For FREE Before It Debuts

Where can I stream Ron’s Gone Wrong?

Ron’s Gone Wrong will be available for free to subscribers of Disney+ and HBO Max on December 15, 2021. Additionally, fans can rent or buy the film in digital marketplaces like Amazon prime Video, Vudu, and Apple TV along with additional bonus features.

From directors Sarah Smith and Jean-Philippe Vine, Ron’s Gone Wrong didn’t set the world on fire with its box office haul when it opened opposite the Denis Villanueve epic, Dune (2021). However, the film is “certified fresh” on Rotten Tomatoes with an 80% Tomatometer critics’ score and a 94% audience score. This warm critical and audience reception was due in large part to the talented voice cast.

The official synopsis of the film from 20th Century Animation:

“20th Century Studios and Locksmith Animation’s “Ron’s Gone Wrong” is the story of Barney, a socially awkward middle-schooler and Ron, his new walking, talking, digitally-connected device, which is supposed to be his “Best Friend out of the Box.” Ron’s hilarious malfunctions, set against the backdrop of the social media age, launch them into an action-packed journey in which boy and robot come to terms with the wonderful messiness of true friendship. “Ron’s Gone Wrong” features the voices of Zach Galifianakis (“A Wrinkle in Time”), Jack Dylan Grazer (“Shazam!”), Olivia Colman (“The Crown”), Ed Helms (“The Office”), Justice Smith (“Jurassic World: Fallen Kingdom”), Rob Delaney (“Deadpool 2“), Kylie Cantrall (“Gabby Duran and the Unsittables”), Ricardo Hurtado (“The Goldbergs”), Marcus Scribner (“Black-ish”), Thomas Barbusca (“Chad”).”

Are you excited to stream Ron’s Gone Wrong on Disney+ on December 15? Let us know in the comments!