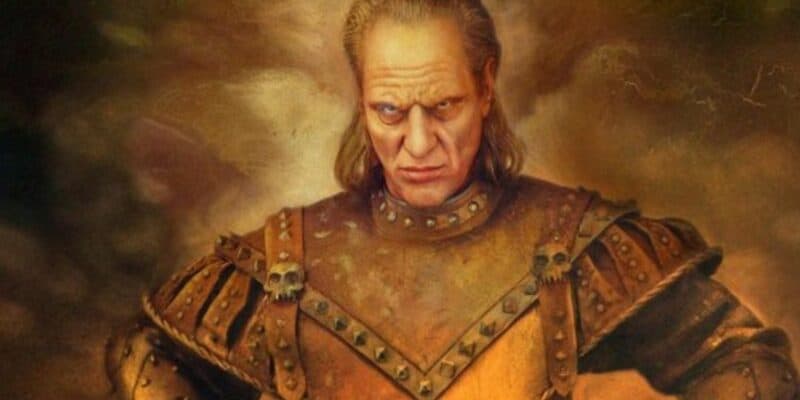 It might not seem like that many when compared to multi-movie franchises such as Star Wars, Jurassic Park, Harry Potter, and the Marvel Cinematic Universe, but the fact that we now have four Ghostbusters movies in existence is a pretty big deal. And who knows what the future of the franchise looks like. More movies perhaps? Maybe even a live-action TV series!

If you’re being troubled by strange noises in the middle of the night, or experiencing feelings of dread in your basement or attic, or maybe there’s something strange in your neighborhood and it don’t look good, we don’t quite know what to tell you! But if you’re looking for a ranking of all four Ghostbusters movies, we’ve got you covered…

It will probably come as no surprise, but the bottom of our list was an easy choice. Even before it hit theaters, Ghostbusters: Answer the Call (2016) was caught in a whirlwind of controversy due to the trailer’s reception, and the harassment cast members Leslie Jones (Patty Tolan) and Melissa McCarthy (Abby Yates) experienced from online trolls (entities which unfortunately can’t be silenced by a ghost trap!).

However, the decision to put the reboot at the bottom is solely due to our opinion of the film, with all the controversy that bookended its release being immaterial. And the truth is that Paul Feig’s attempt at remaking the beloved 1984 classic just doesn’t work, with perhaps its biggest flaw being that it isn’t funny — which is the one thing it definitely set out to be.

Ghostbusters: Answer the Call does get a few things right, though, whether it’s the awesome-looking villain Rowan (Neil Casey), or a couple of the Ghostbusters themselves (Kristen Wiig’s Erin Gilbert and Kate McKinnon’s Jillian Holtzmann, specifically). And it’s not like Paul Feig is a bad director — after all, he’s responsible for directing some of the best episodes of The Office (2005 — 2013)!

Nevertheless, Answer the Call fails in the comedy department more than it does in any other. While the paper-thin plot and two-dimensional characters leave a lot to be desired, it’s possible such flaws would have been overlooked in exchange for some decent laughs. But the decision to give the main cast the freedom to ad-lib their lines is what ultimately jeopardized this movie.

Now that the dust has settled on the long-awaited threequel Ghostbusters: Afterlife (2021), it’s likely that many fans (ourselves included) can form a more honest and perhaps long-term opinion of the film, hopefully unblinkered by the fumes of nostalgia and lifelong anticipation. So, is Ghostbusters: Afterlife as good as we thought it was when it was released in November last year?

The short answer is that we pretty much feel the same way about it! It’s a fun-filled, nostalgia-fulled trip down memory lane, and it does exactly what everyone suspected — it’s a love letter to the first movie from director Jason Reitman, whose father Ivan Reitman gave us the first two Ghostbusters, while also acting as a rather beautiful homage to the late Harold Ramis (who played Egon Spengler in the original films).

With all that said, without the filter of nostalgia, it’s possible the movie would have been mediocre at best. There’s no denying that the plot is a retread of the original 1984 film, while the returning villains amount to nothing more than Easter eggs. But then who knows — perhaps without all those things, Afterlife would have been a better film, or at the very least, a little bit more original.

It’s puzzling that Ghostbusters II (1989) gets such a hard time from many fans. Sure, it might be a total retread of the original film from a structural point of view, but which sequel isn’t?! After all, Home Alone 2: Lost in New York (1992) is also a retread, yet it’s considered to be superior by many! With that said, we understand that Ivan Reitman’s sequel is far from perfect.

For starters, Ghostbusters II isn’t necessarily a classic like Home Alone 2: Lost in New York is. Sure, there are many memorable moments throughout the movie that have been immortalized by fans, but it would be a lie to suggest that the likes of Vigo the Carpathian (Wilhelm Von Honburg), for example, is just as iconic as the StayPuft Marshmallow Man.

However, unlike Afterlife, Ghostbusters II does at least give us something new, proving that the world these characters inhabit isn’t always haunted by the same handful of supernatural beings! The 1989 sequel builds upon the lore (something also lacking in Afterlife), which, in turn, has allowed the Ghostbusters universe to become richer over the decades, whether in IDW’s long-running graphic novel series, or in 2009’s excellent “Ghostbusters: The Video Game”.

It’s also great to see the entire cast back to bust more ghosts (with the exception of William Atherton, who plays Walter Peck in the original film). To no surprise, the original Ghostbuster actors are on top form, while Louis Tully (Rick Moranis) steals the show! Ghostbusters II is also not without some depth, as it has plenty to say about the effects of positive and negative energy.

Our guess is that you’re about as surprised as seeing Ghostbusters (1984) on our top spot as you are with the reboot being at the bottom! The supernatural comedy is a beloved classic, and it’s plain to see why. Putting everything else aside — the iconic ghosts and the excellent characters — it’s the acting and the writing that are film’s magical ingredients (okay, and maybe the ghosts too).

And then there’s the concept itself — a handful of people deciding to go into business when they recognize a gap in the market, which just so happens to be an increase in ghost sightings across Manhattan, is pure genius. On paper, not unlike fellow ’80s-born property, the Teenage Mutant Ninja Turtles, Ghostbusters shouldn’t work, but it does, and it does so incredibly well.

While the film is indeed a comedy, what’s particularly impressive is that the entire situation — the ghosts and the coming of demigod Gozer — is all played straight. It’s the characters who drive the comedy forward, which allows the film a handful of moments that are either genuinely scary or somewhat serious (like the montage in which ghosts take over the city).

Ghostbusters is a bona fide classic, and even outside the sequels and reboots, it lives on through IDW’s hugely-overlooked graphic novels, video games, and waves of merchandise, whether it’s of the Playmobil, Lego, or Hasbro variety. These days, you’ll find something strange almost everywhere!

How would you rank all the Ghostbusters movies?