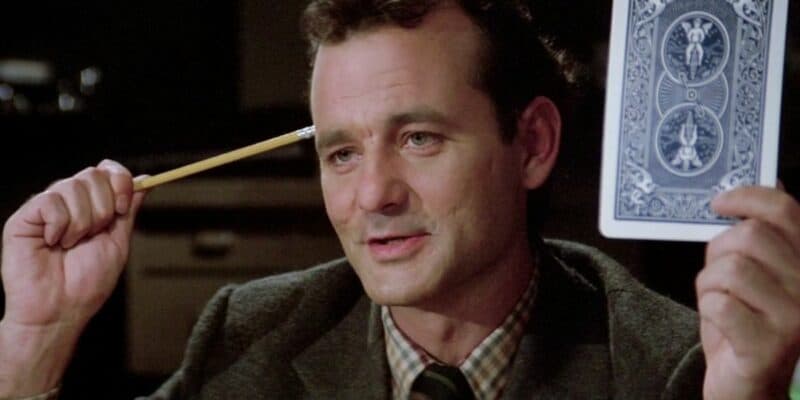 For decades, fans waited for a new Ghostbusters movie, and while the 2016 reboot didn’t really “answer the call”, we can still add to the list, along with Ghostbusters: Afterlife (2021), which serves as a sequel to the original two films, Ghostbusters (1984) and Ghostbusters II (1989).

So now that we have four Ghostbusters movies, that means we have a total of three teams and 12 individual Ghostbusters between them (although we’ve thrown in a ‘bonus’ Ghostbuster for fun!). So here are all the proton pack-wielding heroes from across the movies, ranked worst to best!

Melissa McCarthy isn’t a bad actress, and outside her comic comfort blanket she’s done some great work, but in comedy, she’s something of a one-trick pony, and her bad habits overshadow the character of particle physicist Abby Yates in 2016’s Ghostbusters reboot. While she wasn’t well-written to start with, perhaps if McCarthy had held back on all that yelling a little (and the cringe-worthy ad-libbing), Abby Yates might have gown down a little smoother.

Patty Tolan (Leslie Jones) is the only Ghostbuster in the reboot who isn’t a scientist – she works for the Metropolitan Transit Authority, so spends a lot of her time in the New York subway. However, she’s also a municipal historian, so she’s still able to bring something to the team. But that’s the only thing keeping her from the bottom. Like Abby, she spends most of the time yelling, and while a non-scientist is always welcome, it helps if they don’t feel like a cartoon character!

Lucky (Celeste O’Connor) is in no way a bad character – the trouble is that she’s underwritten, and doesn’t get a great deal to do in the new movie. She’s a love interest to Trevor Spengler (Finn Wolfhard), and daughter of the town’s sheriff, but we don’t learn anything else about her. Celeste O’Connor does, however, inject her performance with some charisma, which at least helps make Lucky more memorable than she would have been otherwise.

Trevor Spengler is yet another Ghostbusters: Afterlife character who doesn’t really bring all that much to the table. It’s a shame, though, as Finn Wolfhard is likable enough, and that’s not to say he isn’t likable here. Fortunately, he gets plenty of screen time and is usually seen driving the rusty Ecto-1 and helping his sister Phoebe (McKenna Grace) and Podcast (Logan Kim) bust ghosts. We were just hoping for a bit more from him than just being a chauffeur!

Just because Jillian Holtzmann (Kate McKinnon) beats Trevor and Lucky, it’s really not that much of a compliment. With that said, Holtzmann does at least look like a Ghostbuster (if you’re familiar with the animated show The Real Ghostbusters, you’ll realize that her swirly fringe was no accident!). The particle physicist is perhaps a little too quirky for her own good at times, though, and while the performance is slightly pretentious, she still provides a few belly-laughs.

Yes, Louis Tully (Rick Moranis) is our ‘bonus’ Ghostbuster, seeing as he isn’t actually one of the titular heroes from the first two movies. Nevertheless, he finds the courage to help the gang battle Vigo the Carpathian in Ghostbusters II! But does he make a difference? Well, not really – the shell of slime that has encased the museum breaks away because the real Ghostbusters save the day. But the fact that Louis shows up in the first place is good enough for us!

Podcast is of course a self-made nickname because of his podcast, which, funnily enough, has only one subscriber at the time of Ghostbusters: Afterlife – and that’s Ray Stantz (Dan Aykroyd)! But what does he bring to the new team? For starters, he comes in pretty useful when he’s helping Phoebe find out why there’s something strange in her new neighborhood. He’s also incredibly funny, high-spirited, and optimistic, and for this reason, feels like a mini Ray!

Erin Gilbert (Kristen Wiig) is a socially-awkward college professor and the lead character in the Ghostbusters reboot. Sadly, any chances of relating to Erin are squandered when the other three characters are introduced. However, her childhood story about how the ghost of the old lady from next door would sit at the end of her bed sends chills down our spines, and is reason enough for anyone to want to get into the business of busting ghosts!

Even before the famous four team up for the first time, Ray Stantz was working alongside Egon Spengler (Harold Ramis) and investigating the paranormal. Ray is considered the “heart and soul” of the team, but is best known for his seemingly nonsensical psychobabble! For us, though, Ray ranks so high because he’s responsible for (inadvertently) creating the Stay Puft Marshmallow Man in the original and for bringing the Statue of Liberty to life in the 1989 sequel!

Phoebe Spengler has only appeared in Ghostbusters: Afterlife (so far), in which she discovers that she’s the granddaughter of one of the legendary Ghostbusters, yet she’s already made it to the fourth spot on our list. Intelligent, socially-awkward, funny, resilient, and a lover of all things science, she’s a character you want to get behind immediately. And through her eyes we rediscover the Ghostbusters – their equipment, their legacy, and their enemies…

Winston is among the most lovable characters in the entire franchise, and despite being criminally underused in both the original movies, his impression cannot be understated. Egon, Ray, and Peter (Bill Murray) are scientists, but Winston isn’t. As such, this makes him more relatable, as does the fact he’s only getting paid $11, 500 a year! Winston also has two iconic lines in the movie, both of which happen to relate to Twinkies!

Peter Venkman is easily the most charismatic of the original team, and while he’s a little sleazy, his jokes and one-liners help make Ghostbusters the comedy masterpiece that it is. But beneath that seemingly shallow exterior, he has a gooey center, and never hesitates to protect Dana Barrett (Sigourney Weaver) or her baby in Ghostbusters II. What we really love about his character, though, is how he likes to antagonize ancient demigods and possessed paintings!

Have we been swayed by the fact that Ghostbusters: Afterlife is a love letter to both Egon Spengler and the late actor who played him? Not quite – the truth is we think that Egon has always been the ‘definitive’ Ghostbuster. Sure, we’ve already established that a Ghostbuster doesn’t need to be a scientist, but when one thinks of a Ghostbuster, it’s all too easy to imagine Egon Spengler, whether it’s the movie version or the one from The Real Ghostbusters.

How would you rank all the Ghostbuster characters?