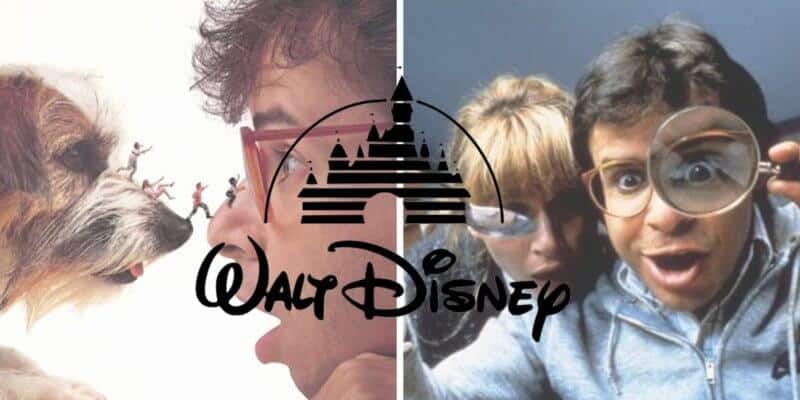 Just a few days ago we reported that actor Rick Moranis was rumored to return to an all new Honey, I Shrunk the Kids reboot. Well, we can now CONFIRM that he will, in fact, return to a sequel!

Yes, that’s right — Actor Rick Moranis is officially coming out of his retirement just for all of you Honey, I Shrunk the Kids fans out there! Disney is currently working on another installment of the franchise and according to comicbook.com Moranis will appear in an upcoming Honey, I Shrunk the Kids sequel, which is currently aimed to be released in theaters in the future.

Fans can also look forward to other original Walt Disney Pictures Honey, I Shrunk the Kids members such as the director, Joe Johnston, also with newcomers such as Josh Gad who was cast for a starring role in the upcoming reboot. Josh Gad is set to portray Wayne Szalinski, the son of Moranis’ character.

More on the Original Honey, I Shrunk the Kids

If you have never seen the original Walt Disney Pictures 1989 movie, you can read a synopsis below:

When kids sneak into inventor Wayne Szalinski’s (Rick Moranis) upstairs lab to retrieve an errant baseball, his experimental shrink ray miniaturizes them. When Szalinski returns home, he destroys the device — which he thinks is a failure — and dumps it in the trash, throwing out the kids along with it. The four children, now 1/4-inch tall, must survive the journey back to the house through a yard where sprinklers bring treacherous storms and garden-variety ants stampede like elephants.

You may remember years ago the playground at Disney’s Hollywood Studios in Walt Disney World Resort. It was a hot spot for kids of all ages and featured large movie props which were inspired by the Disney film Honey, I Shrunk the Kids.

The playground was built to make you feel as if you experienced the shrinking machine. You felt as though you were in the film as one of the kids, which was awesome!

Are you excited to see a reboot of the 1989 film Honey, I Shrunk the Kids? Let us know in the comments.