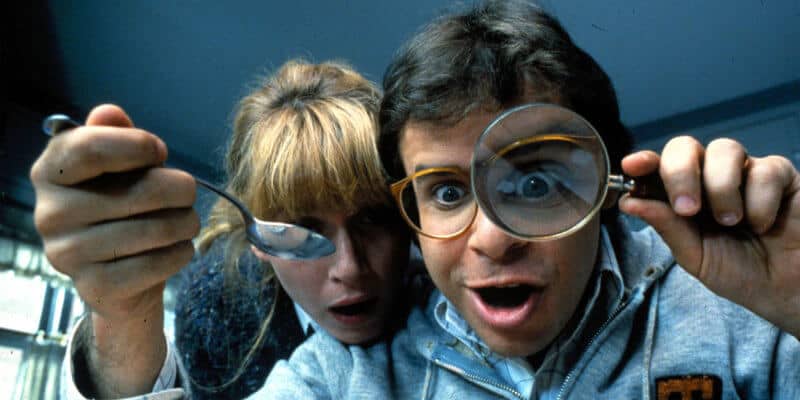 One of the most beloved Disney films from the 90s is making its way back to the big screen as it’s been reported that a “Honey, I shrunk the Kids” reboot is in the works by Disney and it’s said to be starring Josh Gad!

According to a new report by /film, it’s been revealed that Walt Disney Pictures is currently in development of a reboot of “Honey, I Shrunk the Kids,” which is said to star actor and comedian Josh Gad (“Frozen”) as Nick Szalinski, Wayne Szalinski’s son.

Reportedly, the movie will be set three decades after the 1989 original, with Gad set to play the grown-up version of scientist and inventor Wayne Szalinski’s son. The new movie will be titled “Shrunk” and will be a reboot of the original film. However, it will be positioned as a “legacyequel,” which means it will exist in the same world and continue with the same storyline. The film will not be a recreation of one of the existing films in the original series.

The report by /Film doesn’t give many details of what the movie’s story will be about. All the report states about the film’s premise is that Nick Szalinski accidentally shrinks his kids, which kick starts the story of this new film.

This project was originally rumored to be in the pipeline for Disney+. However, now it seems the movie is being produced for a theatrical release. At this time there is not a projected release date for the film. Although, from this new report, it seems the film wouldn’t see a release for at least the next few years as the film is only in “development.” The report didn’t reveal when the film might begin production.

What are your thoughts Disney doing a “Honey, I Shrunk the Kids” reboot? Let us know in the comments below!

Comments Off on “Honey I Shrunk the Kids” reboot in the works, will star Josh Gad