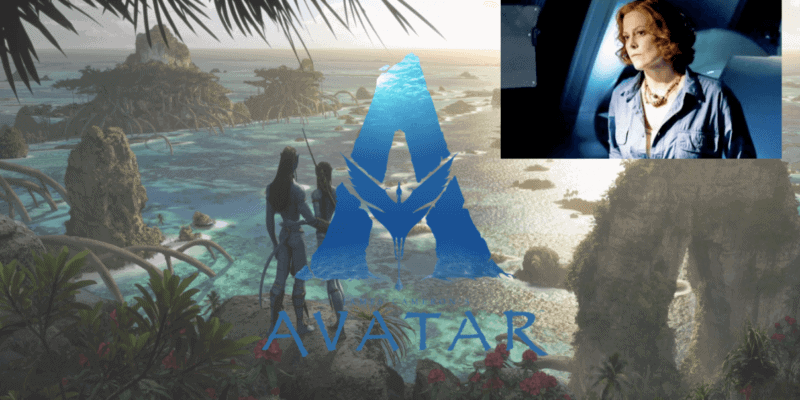 When Avatar director James Cameron introduced movie audiences to the world of Pandora in 2009, the film set record after record and even inspired an entire area of Disney’s Animal Kingdom at Walt Disney World Resort.

From the set of the Avatar sequels: Producer Jon Landau, Sigourney Weaver, and Joel David Moore revisited the Site 26 Shack to shoot scenes for the new films.

Landau recently took to his Facebook page to address concerns about the Avatar 2 cast and crew working throughout the current global health crisis that has shut down most movie productions.

The Avatar series producer wrote, “We will continue to work on virtual production in Manhattan Beach and collaborating with Weta Digital on the visual effects; both activities are much more conducive to social distancing than live-action photography. We’re doing our part to flatten the curve and encourage you to try to do the same.”

In regard to Weaver’s role in the second Avatar movie, it certainly appears that she’ll be reprising as Dr. Grace, at least in a flashback sequence. In the first film, she appeared in both human form and as a Na’Vi avatar.

Given Dr. Grace Atwood’s untimely demise in Avatar, there were rumors of Weaver playing an entirely new role in the Avatar sequel. Nothing regarding Weaver’s characterization in the second film has been confirmed by the production team.

Walt Disney Studios, who officially acquired all rights to Avatar with their purchase of 20th Century Fox, currently has plans for four more movies in the Avatar franchise. Avatar 2 is slated to release in 2021, with Avatar 3 following in 2023, Avatar 4 in 2025, and Avatar 5 in 2027.

Cameron, Landau, and the cast haven’t given away any spoilers about the second Avatar storyline. From the end of the first film, however, we can assume that things will pick-up with Jake (Sam Worthington) and Neytiri (Zoe Saldana) adjusting to life with humans on Pandora.

Does this Avatar 2 Sigourney Weaver set photo get you excited for the upcoming sequel? Tell us in the comments!

Comments Off on PHOTO: See Sigourney Weaver in the First Photo From the “Avatar 2” Set!