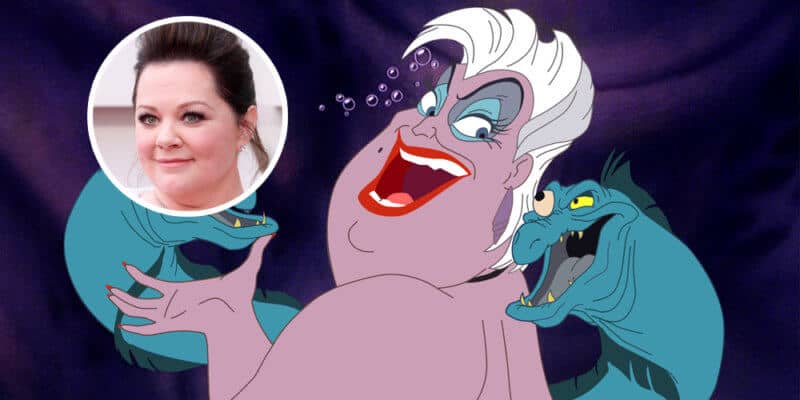 After what seems like years of waiting — and it has been — Disney finally announced that its newest live-action remake, The Little Mermaid, would be released on Memorial Day weekend 2023. The new movie will see Halle Bailey as the title mermaid, with Awkwafina voicing Scuttle, Jacob Tremblay voicing Flounder, Javier Bardem playing King Triton, along with a number of other big names.

One of those names is funny woman Melissa McCarthy, who will be playing the sea witch Ursula. McCarthy recently spoke with USA Today about her experience working on such a big Disney movie and said she could not have loved it more.

Glorious. The world of Disney and (director) Rob Marshall is a world that I wish everyone could experience because it’s so creative, kind and lovely. Going to singing class every day, I was actually sad: I got to record with an orchestra, which is a mind-bender for someone who is not a singer, and then they were like, “That’s it, we’ve got your song.” And I was like, “Wait, I don’t get to go to class anymore?” I was actually kind of heartbroken about it, but it was such a fun process. It’s going to be incredible.

McCarthy also revealed that she has always loved to sing and dance, but never thought she would get to be in a musical because she has never professionally trained to be in one. Ursula is also one of McCarthy’s favorite villains, and McCarthy called being able to play the sea witch “delicious”.

Right now, Disney has not shared a ton of information on what is happening behind the scenes — most images that have been released have come from independent onlookers and sometimes shots from the stars themselves. However, next summer, Disney will hold its massive D23 convention, so it is possible that they may show Guests some productions photos — and hopefully a first look at the movie!

The Little Mermaid will also see the return of songwriter Alan Menken who worked on the original film. Menken will be teaming up with Hamilton star Lin Manuel Miranda to write four new original songs for the live-action remake.

Are you excited to see Melissa McCarthy take on the popular villain Ursula in the live-action The Little Mermaid? Let us know in the comments!