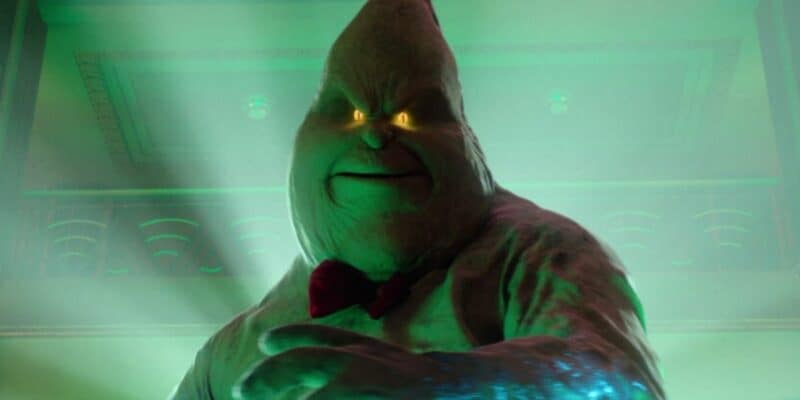 Ghostbusters (2016) is one of the most controversial movies ever, and when the first trailer landed in 2015, many fans were so angry it was like they had been exposed to pink mood slime! While there were some people who didn’t want a female-led version, reasonable folk were simply disappointed with the fact that a beloved classic had been rebooted.

Unfortunately, the movie really wasn’t all that great anyway, but all the controversy surrounding its release probably didn’t help matters. While of course film is subjective, the general consensus suggests that Ghostbusters (2016) is widely-hated, not unlike the last two episodes in the Star Wars sequel trilogy!

But was it that bad? The dust of controversy has long settled, and the reboot has had five years to let its good qualities make themselves known to fans.. The question is, does it have any? We won’t compare it to Ghostbusters: Afterlife (2021), and instead, we’ll judge it on its own merits, so here are five things Ghostbusters (2016) definitely gets right…

Ghostbusters isn’t something that’s necessarily known for having a lot of action sequences unless of course, you count the ghost-busting itself. In the original film, other than the scene in which the Ghostbusters capture Slimer at the Sedgewick Hotel, the action doesn’t really kick in until the movie’s third act (which makes sense).

The reboot, on the other hand, has a fair bit more action than the original, but let it be said that we don’t mean that as a compliment. The film often ventures into slapstick territory, whether it’s the scene where a spectral gargoyle is wreaking havoc at a rock concert, or when the new team is testing their new equipment in an alleyway.

It’s fair to say that those scenes don’t add anything to the movie, and there’s nothing particularly impressive about the action, either. But what does impress is the scene in Times Square where Erin (Kristen Wiig), Abby (Melissa McCarthy), Jillian (Kate McKinnon), and Patty (Leslie Jones) are battling an army of the undead with their proton weapons.

Sure, it’s a bit green screen, and, inexplicably, there are no screaming New Yorkers’ in sight. But watching the Ghostbusters kick supernatural butt with a variety of weapons is pretty cool, with Holtzmann’s proton pistols scene being the most stand-out. The film might not handle comedy all that well, but it isn’t too bad on the action!

There’s no denying that the spooks, specters, and other supernatural beings in the original Ghostbusters (1984) have aged incredibly well (so well that Gozer the Gozerian looks no different in Ghostbusters: Afterlife!). The film uses practical effects and some stop-motion animation, both of which remain highly effective.

So it came as no surprise that Paul Feig’s 2016 reboot opted for computer-animated effects, something all-new sequels or reboots are guilty of doing, with the Jurassic World and Star Wars movies being just two of many examples. And like those franchises, Ghostbusters (2016) utilizes this technology quite a bit.

However, VFX artist Pete Travers also wanted to include practical effects, and explained at the time of filming that it was “the best way to achieve the effect.” Many fans criticize Ghostbusters (2016) for being CGI-heavy, and they’re absolutely right, but real actors were actually used to stand in for the ghosts, as reference points for the cast to interact with.

For the most part, the movie does look pretty cartoonish, not unlike the live-action Scooby-Doo movies, with a lot of animated effects and a strong color pallet. But overall, its visuals seem to work, and its neon-lit ghosts help at least to separate the movie from the original on a stylistic level. And it would be a lie to say that Slimer has never looked better!

While Ghostbusters (2016) avoids rehashing the Gozer storyline, for all intents and purposes, it’s still essentially a carbon copy of the original film, as its main villain Rowan (Neil Casey) is trying to break down the barriers between our world and a number of supernatural dimensions so that he can bring about the apocalypse.

So there are no gatekeepers or keymasters in sight, and the StayPuft Marshmallow Man only appears as a possessed parade balloon. However, one could argue that the ‘destructor’ version of Rowan is a rip-off of the iconic marshmallow sailor, as he’s big, white, squidgy-looking, and hellbent on destroying the city!

But we think he looks awesome, and we love the fact that the movie decides to use the ghost from the Ghostbusters logo itself as its main antagonist! While he doesn’t really have that much screen time (but then neither does Stay Puft), watching Rowan transform into the giant monster and turning the ‘no entry’ sign into a cute little red bowtie, is pretty nifty!

Erin Gilbert is easily the most interesting character in the movie, even if she is often overshadowed by her peers (and not in a good way). Her past with the undead – which involved the ghost of a horrible old lady from next door haunting her every night as a child – serves as an interesting catalyst for her decision to become a paranormal investigator.

Erin also wrote a book about her experiences with her former best friend Abby Yates (which is a little like Harry Potter’s Fantastic Beasts book, in that you can actually buy here in the real world!), but since its publication she has desperately tried to hide it from her colleagues at the prestigious Columbia University, fearful that it will threaten her tenure.

There’s no denying that the rest of the Ghostbusters are pretty one-note, but Erin Gilbert isn’t just interesting, she’s also well-played by Kristen Wiig. Unfortunately, though, she ends up being drowned out by some really bad comedy, and the film only seems to remember her troubled past with Abby at the very last minute.

You can’t really talk about a movie these days without touching upon the subject of the ‘multiverse’. So is Ghostbusters (2016) set in a separate dimension to the original movies and Ghostbusters: Afterlife? Well, not quite, but it is definitely set in a completely different timeline (and thank Gozer it is).

With that said, the female Ghostbusters do appear in the ongoing Ghostbusters graphic novel series with IDW Publishing, but like many other comic book franchises, it deals with multiverses and parallel dimensions – largely because this form of media has carte blanche and therefore no budgetary limitations!

Nevertheless, the Ghostbusters reboot is set in its own timeline and one that probably won’t be revisited in a future movie. So is this a good thing? Well, if you hate the movie, you should be grateful it isn’t connected to the other three! On the other hand, it’s nice to see a ‘start-over’ movie that doesn’t have the baggage of any previous installments.

Do you think the 2016 Ghostbusters reboot gets anything right?