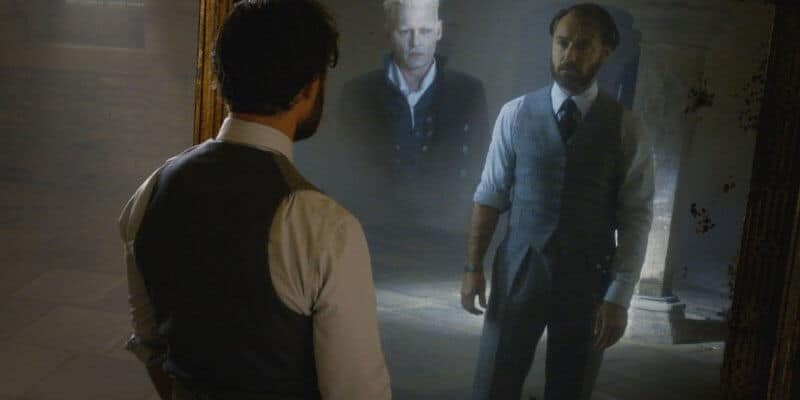 Harry Potter fans have a lot to rejoice about in 2022.

The popular franchise has a spin-off game show that is currently airing on TBS and Cartoon Network. Fans are celebrating the 20 year anniversary of the franchise currently and the anniversary special reunion Return to Hogwarts is set to air on New Year’s Day on HBO Max.

Perhaps the icing on the cake, however, is the fact that later this spring there will be another addition to the collection when Fantastic Beasts: The Secrets of Dumbledore (2022) is released.

You are invited back to the magic. Fantastic Beasts: The Secrets of Dumbledore is in theaters April 15, 2022. #SecretsOfDumbledore

You are invited back to the magic. Fantastic Beasts: The Secrets of Dumbledore is in theaters April 15, 2022. #SecretsOfDumbledore pic.twitter.com/wdyd25MJ74

The spin-off follows Fantastic Beasts and Where to Find Them (2016) and Fantastic Beasts: The Crimes of Grindelwald (2018) and is set 20 years before Harry Potter and the Sorcerer’s Stone (2001), which starred Daniel Radcliffe (Harry Potter), Emma Watson (Hermione Granger), and Rupert Grint (Ron Weasley). This will be the first Fantastic Beasts film without Johnny Depp starring in it.

After unveiling a teaser on Sunday where we had our first look at Mads Mikkelsen– who is replacing Johnny Depp– in the role of Gellert Grindelwald, the trailer gave us insight as to what we can expect from the movie this spring with the tagline “coming back to the magic.”

EW says this about the film:

Following the events of Fantastic Beasts and Where to Find Them and Fantastic Beasts: The Crimes of Grindelwald, The Secrets of Dumbledore sees Albus battling Gellert Grindelwald as he moves to seize control of the wizarding world. He once again taps magizoologist Newt Scamander (Eddie Redmayne), who leads a team of witches and wizards and Muggle baker Jacob (Dan Fogler) on the dangerous mission.

What do you think of the decision to replace Johnny Depp and are you excited for the next installment in the Harry Potter franchise?