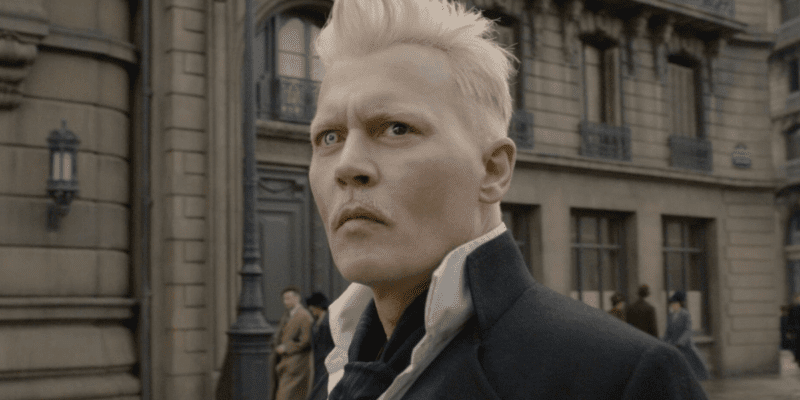 When it comes to Johnny Depp, this past year has been a rocky road for the Pirates of the Caribbean actor.

The allegations that Depp abused his former wife quickly became a claim that everyone wanted to know more about. Depp continues to state that Heard’s allegations are false, and he has not been proven guilty by any court of law. The $150 million suit will not be decided on until next spring where Hollywood figures such as Elon Musk and James Franco are set to testify.

Mikkelson had said he wanted to speak to Depp when the recast took place, but it does not seem that that interaction ever took place. Tomorrow, the official Fantastic Beasts: The Secrets of Dumbledore trailer is set to drop, but Warner Bros. has released a first look at the film, including what Mikkelson looks like as the new Grindelwald after he replaced Johnny Depp from Fantastic Beasts: The Crimes of Grindelwald.

As reported, the film’s teaser is on YouTube and will travel back over 20 years, to revisit Harry Potter and the Sorcerer’s Stone.

The teaser has been shared on YouTube and teased as “Whether it’s on a page, a stage, or on a screen, it’s all part of one Wizarding World.” It goes on to revisit the release of Harry Potter and the Sorcerer’s Stone 20 years ago which introduced us to the lead cast of Daniel Radcliffe, Emma Watson and Rupert Grint as Harry Potter, Hermione Granger and Ron Weasley, respectively. It also shows glimpses of Lord Voldemort in his rage, a dragon in action and much more.

You can check out the teaser below!

As we can see, the video is primarily made to show viewers that everything Harry Potter, from the Broadway productions to the multiple Wizarding World sections at the Universal theme parks, are all interconnected to one massive universe.

EW notes the following about the film:

Following the events of Fantastic Beasts and Where to Find Them and Fantastic Beasts: The Crimes of Grindelwald, The Secrets of Dumbledore sees Albus battling Gellert Grindelwald as he moves to seize control of the wizarding world. He once again taps magizoologist Newt Scamander (Eddie Redmayne), who leads a team of witches and wizards and Muggle baker Jacob (Dan Fogler) on the dangerous mission.

What do you think of Madds Mikkelson replacing Johnny Depp in the Fantastic Beasts franchise?