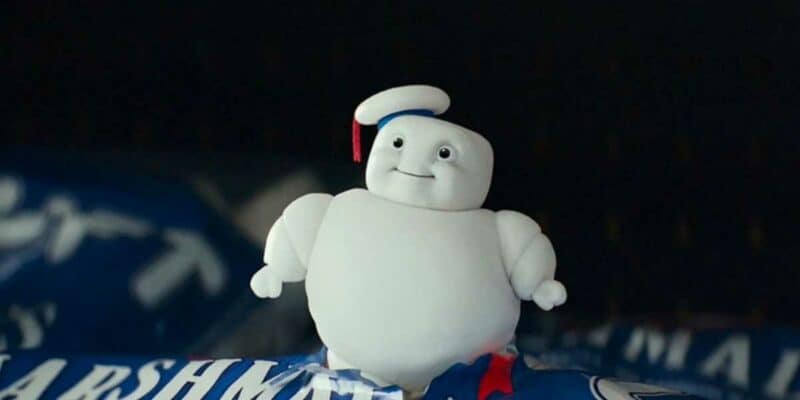 The sequel mirrors the real-life passing of actor Harold Ramis, who played Egon Spengler in the first two movies. When the late Egon leaves behind an old farmhouse in Summerville, Oklahoma, his estranged granddaughter discovers the original ghostbusting equipment in the basement and learns that there’s something strange in the new neighborhood too.

Despite its blockbuster roots, Ghostbusters: Afterlife is more of a coming-of-age story with plenty of indie vibes throughout. And there are many things to love about it, from McKenna Grace’s excellent performance as young Phoebe Spengler to the film’s admirable switch in the setting. With that all said, there are still a few things that haven’t gone down too well with fans…

Warning: Many spoilers for Ghostbusters: Afterlife have been released from our Ecto-Containment Unit!

In the original 1984 film, when the Ghostbusters are confronted by Gozer on the rooftop of a Manhattan skyrise, the demigod asks them to “choose the form of the destructor.” And Ray Stantz (Dan Aykroyd), thinking only of a sweet childhood memory, inadvertently conjures up a 112-foot sailor made entirely of marshmallow!

The Stay Puft Marshmallow Man is one of the most iconic things about the original film, so it would be a lie to say we weren’t expecting him to show up in Ghostbusters: Afterlife. And seeing as he also appears as a parade balloon in the 2016 reboot, perhaps there’s a clause in the contract which states that he must appear in every film!

But in Ghostbusters: Afterlife, he’s actually miniature and multiplied. On paper, it’s a neat callback, but it’s painfully obvious that these ‘Mini Pufts’ were shoehorned into the film to sell toys. The scene in which they wreak havoc in Walmart also comes out of left field, and the camera lingers on their antics for so long that it really does feel like an in-movie commercial!

If you’re a diehard Ghostbusters fan, then you were probably familiar with Ivo Shandor long before watching the new movie. In the original, Egon Spengler explains that Gozer worshipper Shandor was an insane architect who constructed many buildings in New York in the 1920s, one of which is Dana Barrett’s high-rise apartment.

The ghost of Ivo Shandor is also the main antagonist in 2009’s beloved game Ghostbusters: The Video Game, so naturally, fans were thrilled when the first Ghostbusters: Afterlife trailer teased the character’s involvement with the supernatural earthquakes plaguing Summerville, with his name being shown above the town’s haunted mines.

And it’s great to see Shandor (J. K. Simmons) finally show up in the sequel. But while his ‘awakening’ in the mines (where his body has been preserved for a century) is very creepy, his time in the film is criminally short-lived. When he greets Gozer, whom he has summoned once again, he’s killed instantly, despite being a far more interesting villain than the demigod.

While Ghostbusters (1984) is a comedy, spooky villains such as the Librarian, the Terror Dogs, and even the Stay Puft exude a sort of surreal, almost nightmarish quality. And just because the film isn’t a horror, that doesn’t mean it doesn’t have any serious moments – the scene in which otherworldly beings flood the city is played entirely straight.

Ghostbusters: Afterlife definitely doesn’t fall short on the more serious side of things, as it feels more like a supernatural indie drama than a comedy. But what it does lack are scary spooks, specters, and other supernatural beings. While it does make use of practical effects for the Terror Dogs, they just don’t have the same impact this time around.

And the same goes for the Stay Puft. Many fans will scoff at the suggestion that this guy is even remotely scary in the original, but a giant, unblinking and happy-faced marshmallow man is the stuff of nightmares (for us anyway)! As for all the other spooks in the film, unfortunately, they just aren’t scary. No wonder we ain’t afraid of no ghost!

One of the biggest criticisms from fans and critics is that Ghostbusters: Afterlife is a total retread of the Gozer storyline from Ghostbusters (1984). Those familiar with 2009’s Ghostbusters: The Video Game – and even the Ghostbusters-themed haunted house at 2019’s Universal Studios Halloween Horror Nights (both of which also feature this story) – will feel this pain even more.

Outside the plot, though, Ghostbusters: Afterlife does make an effort – it foregoes the signature Manhattan setting for a rural playground, and it doesn’t even feature a team of Ghostbusters per se. The supernatural threat, however, is identical to the original film (and both the game and haunted house). It’s Terror Dogs, Stay Pufts, Keymasters, and Gatekeepers galore!

It goes without saying that a sequel should expand upon anything that has come before it, but Ghostbusters: Afterlife only opens its doors to future possibilities (quite literally) in a post-credits scene. Are Gozer and her cronies really the only supernatural beings haunting the Ghostbusters universe?! Well, at least we now know why the Ghostbusters always go out of business!

Released in 2009 (and recently remastered), Ghostbusters: The Video Game is a third-person action-adventure in which you play a Ghostbuster cadet called ‘Rookie’, who teams up with Peter Venkman, Egon Spengler, Winston Zeddemore, and Ray Stantz, all of whom are actually played by the actors!

Bill Murray, Harold Ramis, Ernie Hudson, and Dan Aykroyd reprised their roles for the game, which, like the first two movies, was also co-written by Ramis and Aykroyd. In fact, Aykroyd – and many fans – have considered the game to be absolute canon with the first two movies, and if you ever get round to playing it, you’ll see why.

However, while Ghostbusters: Afterlife doesn’t appear to go out of its way to ignore the game – which takes place in 1991 – some of the plot elements do contradict it, whether it’s the fact that Shandor is shown to have been sleeping for a century despite being a villain in the game, or there simply being no reference to a 1991 citywide event.

2. Callbacks to the Original

Like many other ‘legacy sequels’, Ghostbusters: Afterlife is no stranger to Easter eggs, which isn’t a surprise when you consider that the whole movie is designed to pay homage to Ghostbusters (1984). But we can’t help think that it should have drawn the line at Twinkies, Crunch bars, and a particular brand of marshmallow.

And despite all its efforts to remind us about the things we love in the 1984 classic (do we really need reminding, though?!), the movie doesn’t even acknowledge Ghostbusters II – there’s a blink-and-you’ll-miss-it tub of pink slime (psychomagnotheric slime, to be specific) in Egon Spengler’s dusty old basement, but that’s it!

There’s no denying that connections to movies we’ve grown up with can evoke waves of nostalgia, but there comes a point in Ghostbusters: Afterlife where, as a viewer, we just aren’t trusted to feel those things unless we’re being barraged with more Easter eggs than a certain springtime bunny would even know what to do with!

It’s no mystery that making a sequel after so long has its risks. When The Force Awakens was released in 2015, which was the first live-action Star Wars movie we’d seen in 11 years, the general consensus was that it felt “too safe”, as it was essentially a carbon copy of A New Hope (in hindsight, though, we wish The Last Jedi and The Rise of Skywalker had followed suit!).

So it’s a tricky territory to navigate – whether filmmakers produce something that’s too safe or too risky, they just can’t seem to win. In the case of Ghostbusters: Afterlife, though, it might have been worth making at least one or two bold decisions, but ultimately, the sequel doesn’t dip its toes into the water.

While this is likely a knee-jerk reaction to the widely-hated 2016 reboot, fans still would have appreciated some risk-taking, especially from such a long-awaited sequel. Instead, the movie feels like it’s walking on eggshells with audiences, perhaps too afraid to rock the boat.

Ultimately, Ghostbusters: Afterlife is a solid entry, even if it does play things a little safe by recycling overused villains while relying heavily on nostalgia. But maybe you’re a huge Gozer fanatic, and you love the fact that we now have the 1984 movie, the video game, the new sequel, and memories of the ‘spooktacular’ maze at Universal Studios Halloween Horror Nights! But then again, the words ‘Gozer’ and ‘fanatic’ don’t really go well together…

Is there anything you didn’t like about Ghostbusters: Afterlife?