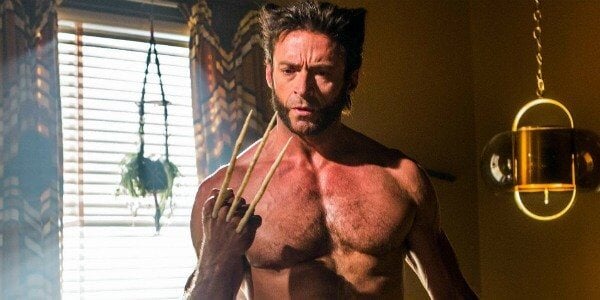 About a month ago, Hugh Jackman (The Greatest Showman, Les Miserables, Logan, X-Men) posted a piece of Wolverine fan art to his official social media, accidentally “breaking the internet” in the process.

The Australian actor has become synonymous with the role of Wolverine/Logan in 20th Century Studios X-Men franchise. Now that The Walt Disney Company owns the rights to the 20th Century Studios catalogue — thanks to its purchase of 20th Century Fox in 2019 — many Marvel fans have been desperately hoping Jackman will also be the MCU’s Wolverine whenever Marvel Studios President Kevin Feige decides the X-Men characters should make their Marvel Cinematic Universe debut.

Now, actor Hugh Jackman has spoken out about his post, sharing:

“I literally was re-posting fan art and I do it quite a bit because I just love it. And I love the fans. And then I was off doing something and I came back and I’m like, ‘Oh, I think I broke the Internet. No, no, no, no. Guys, sorry. Didn’t mean that. I really didn’t mean that. I’m really sorry.’ And I thought, ‘No one’s going to believe me.’ But that was the case. And you guys are just too fast for me. Clearly way too fast and smarter than me,” Jackman joked. “I just love the fans. And so, when cool things come my way, I’m going to pass it on.”

During the press rounds for his latest project, Reminiscence, Jackman also sat down with the Jake’s Takes podcast to share why he doesn’t plan to return as Wolverine, crushing fans’ MCU dreams:

“I’m hearing about this from you [Hamilton], and there’s nothing in my inbox from Kevin Feige means it’s probably, no matter what idea I came up with, not on the table. Let’s just be clear that, but now, I realized, before we shot Logan, I was like, we got the idea. We knew what it was going to be-ish, right? And I thought this is it. And that really helped me, it really helped knowing I was going into my last season, that it was my last season that I made the most of it. And it’s still a character I hold close to my heart. But I know it’s done. Tell that to whoever you want to. Please tell it to Ryan [Reynolds]. Because he’s like, doesn’t believe anything’s I’m joking, please.”

Now 52-years-old, Jackman played Wolverine for 17 years. Costar Anna Paquin (Rogue) recently shared that the actor was “brutalized” on set during filming for the X-Men series.

What do you think? Will Hugh Jackman surprise everyone and come back as Wolverine?

Comments Off on Hugh Jackman: “Nothing in My Inbox From Kevin Feige” About Wolverine