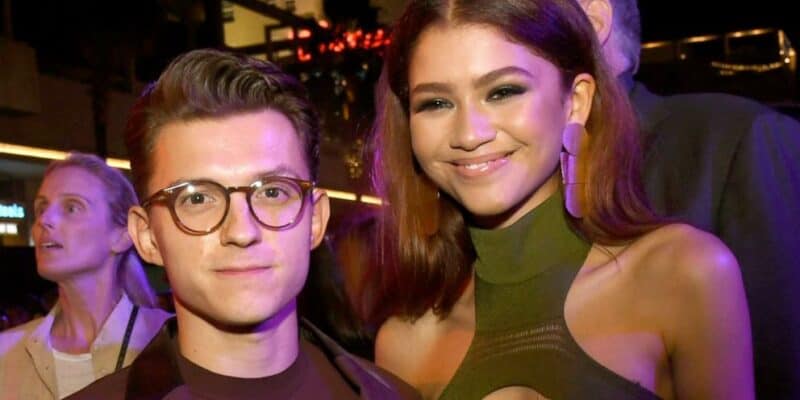 The Marvel fan community can’t get enough of Tom Holland and Zendaya. The real-life couple — whose relationship was confirmed when they were spotted kissing in July 2021 — also portray onscreen lovebirds Peter Parker and MJ in the Marvel Cinematic Universe.

Recently, online reports indicated that Holland his Euphoria star girlfriend purchased a house together in London. However, the actor recently shot down the rumor while promoting Uncharted (2022), his new Sony Pictures film with Mark Wahlberg.

“I have had so many people call me up because apparently I bought a new house in South London. Which is completely false!” Tom said on the Feb. 18 episode [of Live With Kelly and Ryan]. “I didn’t buy a new house!”

The Uncharted actor, who was raised in Kingston upon Thames in Southwest London, shared that his phone has been blowing up ever since it was incorrectly reported that the couple had become joint homeowners.

Sharing his unenthused reaction, Tom dryly joked, “I was like, ‘Wow! What I surprise! I wonder when I’ll get the keys.'”

This news is likely to disappoint fans — who also just learned that reports of the young couple’s engagement were not true — and, in addition, Zendaya (The Greatest Showman) has previously shared that she is unsure if the two will act together again:

At this time, despite the overwhelming box office success of No Way Home, it remains unknown if Sony Pictures and Marvel Studios will continue their collaborative efforts on the Spider-Man franchise. Spider-Man producer Amy Pascal has already teased a fourth Spider-Man collaboration — and an entire second trilogy, in fact — between the two studios, but Sony Pictures was quick to note that this has not yet been officially confirmed.

Holland himself has recently “laughed off” reports of a second trilogy and has claimed he is not focused on Spider-Man films at this time.

What do you think about the reports of Tom Holland and Zendaya buying a home actually being fabricated?