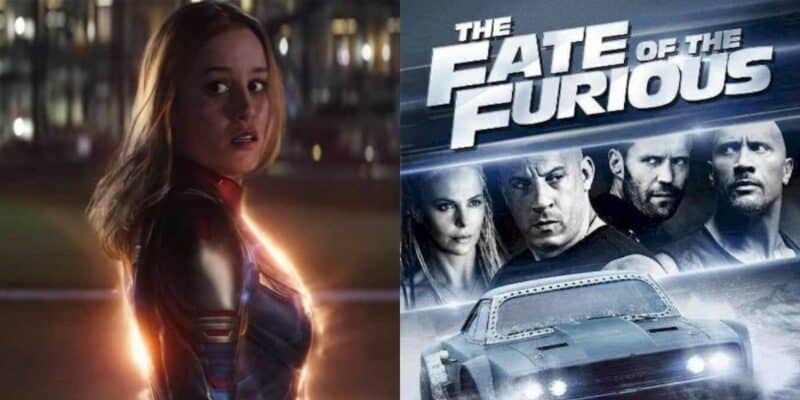 Marvel actress Brie Larson (Carol Danvers/Captain Marvel) recently made headlines for buying an NFT. Marvel fans have been quick to find any excuse to hate the first solo female superhero, and her NFT was no exception. But luckily, she never seems to let it get to her. But she is not ready to leave the Marvel Cinematic Universe anytime soon, no matter how often rumors spread that Kevin Feige and Marvel Studios are thinking of replacing her.

Brie Larson has plenty of ideas of where she wants to see Captain Marvel and the MCU go in Marvel’s Phase Four and beyond. She and Tessa Thompson (Valkyrie) have teased a secret A-Force film focusing on the female Avengers. This could be the mysterious film that has tempted Scarlett Johanson (Natasha Romanoff/Black Widow) to return to Marvel after her lawsuit with Disney – though she is coming back behind the camera as a producer.

Her latest idea, however, seems to have come out of nowhere. In an interview with Uproxx, she endorsed the idea of a crossover between the Marvel Cinematic Universe and the Fast and Furious franchise. She called it a gazillion-dollar idea” and added:

“I’m down to play new characters and whatever. Whatever it takes, but I’m very down for a crossover moment. I think you’ve tapped into something that is a true love of mine, so I would be so down.”

Brie Larson plays one of the strongest avengers in the MCU, but the actress also loves cars. She has been working on a series of advertisements for Nissan, including one that aired during Super Bowl LVI alongside the Doctor Strange in the Multiverse of Madness (May 6, 2022) trailer. She has to keep herself busy waiting for her next MCU appearance in The Marvels/Captain Marvel 2 (February 17, 2023). And she shared how much fun she had driving cars for the commercials, which sparked the idea for the crossover:

“I’ve actually got to test drive so many cars at this point and understand that it’s such a personality shift, depending on which car you’re in. It’s really changed my personality a lot. […] And it’s so true. I feel like a different person on the road. I know that this isn’t the end of my car journey.”

Brie Larson is even open to joining her fellow Marvel actor Vin Diesel (Groot) in a future Fast and Furious film, even if it’s not a crossover, telling Uproxx:

“Please, please tell everybody I would of course want to be in a Fast & Furious movie. I’m obsessed. I love them. I think they’re so good. They’re so fun. And they’ve made me appreciate cars. And it’s something that should be appreciated. They’re incredible. So of course, please.”

Marvel fans will see Brie Larson again in The Marvels, where she will reunite with WandaVision‘s Monica Rambeau Teyonah Parris) and meet Kamala Khan/Ms. Marvel (Iman Vellani). The Marvel movie will be directed by Nia DaCosta and take the fans from the Marvel Multiverse to the cosmic Marvel Universe.

Let us know in the comments if you think the MCU could crossover with the Fast Saga?