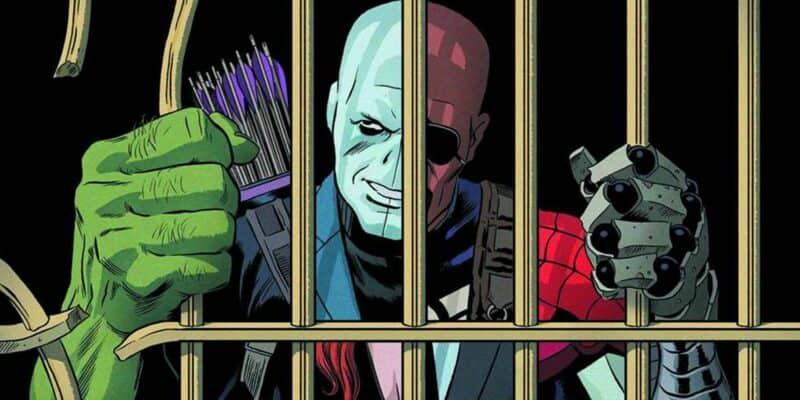 Kraven the Hunter (2023) has confirmed that actor, Fred Hechinger, will join the cast for the upcoming Sony film. Reports have already confirmed Aaron Taylor Johnson starring as Kraven and Russell Crowe will be joining the cast. This is now the second role Crowe will play in the Marvel universe as he is playing Zeus in Taika Waititi’s Thor: Love and Thunder (2022).

Sources have stated that Sony Pictures has been looking at finding an actor to play the Chameleon, Kraven’s brother. Kodi Smit-McPhee was eyed to play the role until the actor turned down the role due to scheduling conflicts. Now it seems that Fred Hechinger may play Chameleon.

The Chameleon is known to be a master of disguises and since the movie is reported to focus a lot on Kraven’s family, it would make sense for the Chameleon to be the villain. As Kraven’s half-brother, it would add a more complex layer to the antihero as the Russian expert tracker would not only be tracking someone in his family but a person who was good at changing their appearance.

If Chameleon was the villain, it would also leave room to really explore both characters’ skills and abilities as most films use expert trackers to further the plot, Kraven can use his tracking abilities to help fans understand the character better. There is a lot of potential for this film and a good chance it may be one of the more tense Sony movies. Tom Hardy’s Venom (2018) was never considered to be serious, so it will be a nice change for fans to know that Sony won’t do this with all of Spider-Man’s villains.

Sony has been enjoying their success as Venom: Let There Be Carnage (2021) made more than $500 million in the box office and Spider-Man No Way Home has surpassed Avatar in the domestic box office. This is no small feat and Sony has already planned more projects with Dakota Johnson starring in a Madame Web project.

With Jared Leto’s Morbius (2022) finally set to release in theaters in April, Sony will continue to have a presence at the box office. Sony will also have Spider-Man: Across the Spider-Verse (2022) release later this year as the sequel is highly anticipated due to the first film’s success. Spider-Man: Into the Spider-Verse (2018) was surprisingly the first film to introduce the concept of the Multiverse which is surprising as Marvel has just recently started to explore the Multiverse.

Hopefully, the sequel will live up to fans’ expectations as Oscar Isaac’s Spider-Man 2099 will play a role in the film and he is a fan favorite to a lot of Spider-Man fans.

Kraven the Hunter releases in theaters on January 17, 2023.

Do you think Fred Hechinger will play Chameleon? Let us know in the comments below!