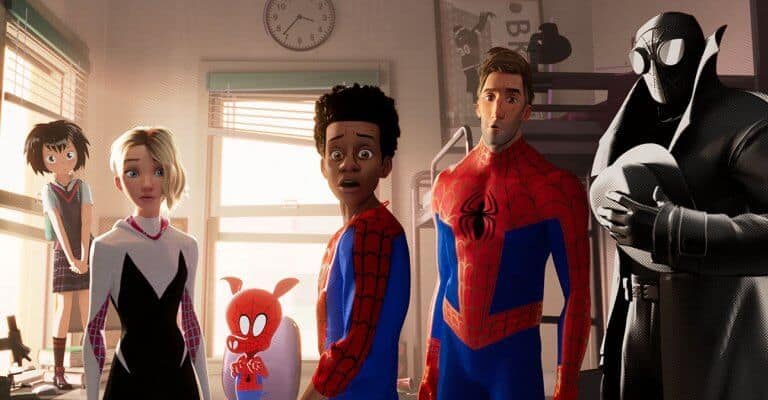 The highly anticipated sequel to Spider-Man: Into the Spider-Verse‘s title may have been accidentally revealed.

LinkedIn profiles usually provide up-to-date and truthful information about employees and employers. It would be very eyebrow-raising for Simon to change this title to something that would not be true. (Unless it was to not leak private information.)

Spider-Man: Into the Spider-Verse (2018) was a critically acclaimed movie, even being dubbed as one of the greatest animated films ever created. The film went on to receive numerous accolades and praise.

“Its incredible and innovative animation style, along with an amazing score and spectacular storytelling, have allowed the film to go on and win multiple awards and accolades, including a Golden Globe, a BAFTA, and an Academy Award for Best Animated Feature Film. The film is not only regarded as one of the greatest animated feature films but is also praised by Spider-Man fans everywhere as one of the best adaptations of Spider-Man in any medium, which is ironic considering there are multiple Spider-Men (and Woman) included in this 2018 film. So it should be no surprise that the expectations for the upcoming sequel are higher than ever before.”

The new Spider-Man film is currently slated for release on October 7, 2022. Members of the original star-studded cast such as Nicolas Cage (Spider-Noir), Kimiko Glenn (Peni Parker), and John Mulaney (Spider-Ham) will hopefully be making a return for the highly anticipated sequel. For now, fans will have to rewatch Spider-Man: Into The Spider-Verse to tie them over, or check out The Amazing Adventures of Spider-Man immersive attraction at Islands of Adventure theme park located at Universal Orlando Resort.

The official synopsis for the first film is included below:

Bitten by a radioactive spider in the subway, Brooklyn teenager Miles Morales suddenly develops mysterious powers that transform him into the one and only Spider-Man. When he meets Peter Parker, he soon realizes that there are many others who share his special, high-flying talents. Miles must now use his newfound skills to battle the evil Kingpin, a hulking madman who can open portals to other universes and pull different versions of Spider-Man into our world.

Are you excited about the new Spider-Verse film from Sony Pictures? Be sure to let us know in the comments!