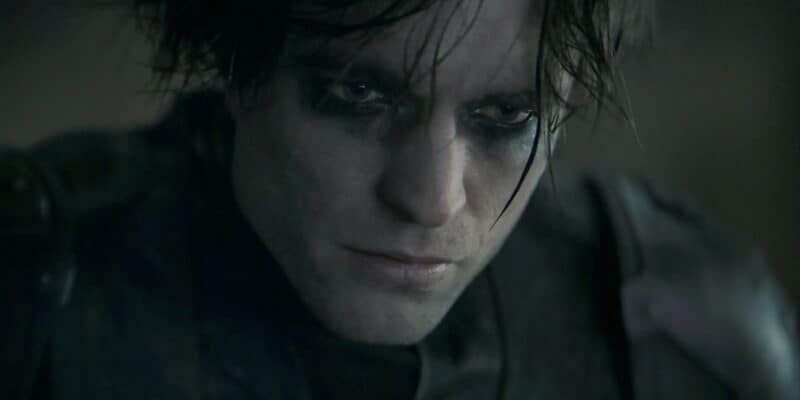 Anticipation for Matt Reeves’ brand-new adaptation of the Dark Knight has been incredibly high, while the movie follows other fairly recent box office juggernauts about the caped crusader, with Christopher Nolan’s The Dark Knight trilogy (2005 — 2012) being the biggest contender from a critical and fanbase point of view, and whose three films were each huge box office successes.

Overseas, The Batman has earned $120 million, putting it at $248.5 million globally. Last week, however, Warner Bros. pulled The Batman from release in Russia, following the country’s invasion of Ukraine. But it looks like the movie is set to make even more in the coming weeks. The Batman hasn’t been without some controversy, though — prior to its release, fans threatened to “boycott” it over NFT controversy.

The Batman has a budget of $200 million, with more on top of that in marketing and distribution, but the movie is certainly on track to be making its money back plus a hefty profit. And while it’s the second movie to snag the biggest opening weekend during the two-year pandemic, it’s also only the second to have been released exclusively in theaters.

Over the course of the pandemic, several studios “dual-released” their movies, while some released them exclusively onto streaming platforms (which was more the case during the early part of the pandemic). The first pandemic-era movie to have been released in theaters was Christopher Nolan’s Tenet (2020), which also stars Bruce Wayne actor, Robert Pattinson.

The last DC movie to have featured Batman, though, was Zack Snyder’s Justice League (2021), which was released onto HBO Max, bypassing the theaters. Ben Affleck returned to reprise his role as Bruce Wayne/Batman in the movie, which also included Snyder’s previously-shot footage from the widely-panned Justice League (2017).

Related: Marvel Movies and Shows You Should Watch Before Seeing ‘Spider-Man: No Way Home’

The 2017 movie was directed by Joss Whedon, who has since come under fire following several allegations of bullying on the set, as well as on the set of popular ‘90s TV show, Buffy the Vampire Slayer (1997 – 2003). Zack Snyder, however, was praised for delivering the “true” version of Justice League. And now, Matt Reeves joins the directors who have taken on the Batman.

The president of domestic distribution at Warner Bros. said the following about The Batman’s success:

“It’s fun to see the public really embrace the movie. Since the movie is three hours long, it became appointment viewing. That bodes well for its run on the big screen. It helps that the word of mouth is so strong.”

Word of mouth is indeed something that movies are now relying heavily on, especially with less people still flocking to movie theaters. And while many Batman fans were hoping for a more R-rated movie, the fact that The Batman is a PG-13 works in its favor when it comes to box office success, as it makes the movie far more marketable and accessible. The same can be said about Spider-Man: No Way Home, which to date has made over $786.4 million domestically, overtaking James Cameron’s science-fiction epic, Avatar (2009).

Both movies have also been marketed incredibly well, and, of course, it helps that both form part of a much bigger universe. However, while No Way Home is part of the MCU, The Batman is not part of the DCEU, instead serving as a reboot, untethered to the wider universe that’s occupied by other superheroes such as Superman (Henry Cavill), Aquaman (Jason Momoa), Wonder Woman (Gal Gadot), and The Flash (Ezra Miller).

While The Batman enjoys a whirlwind of success, Spider-Man star Tom Holland has recently swung back into theaters with the video game adaptation, Uncharted (2022), which is also a box office success, having so far made over $271 million worldwide (though its ratings pale in comparison to No Way Home), which places it as the fourth highest-grossing film of the year, just above The Batman. Needless to say, it’s shaping up to a pretty great few months for Tom Holland!

But if you think that’s it for major Hollywood blockbusters, think again, as this summer will see the theatrical releases of the likes of Doctor Strange and the Multiverse of Madness (May 6), Jurassic World: Dominion (June 10), and many more.

The movie finds Bruce Wayne in his second year as Batman, so while it isn’t an origin story per se, we’re still seeing the Dark Knight during his early days as Gotham’s crime-fighting vigilante. Pattinson follows Adam West, Michael Keaton, Val Kilmer, George Clooney, Christian Bale, and Ben Affleck, all of whom have previously donned the cape and cowl in live action.

Meanwhile, Michael Keaton will be reprising his role as Batman in The Flash (2022), and will also be returning as Adrian Toomes/The Vulture in Morbius (2022). Ben Affleck is also expected to reprise his version of Batman in the film, alongside Keaton. It’s also rumored that DC is eyeing Star Wars actor, Oscar Isaac, to appear as Harvey Dent/Two-Face in a sequel to The Batman.

While a number of veteran Batman actors are set to be returning to the silver screen as the Dark Knight, given the growing success of the Robert Pattinson-led reboot, we wouldn’t be surprised if Warner Bros. greenlit a number of sequels in the coming weeks. So it looks like this version of Batman might be here to stay.

Do you think The Batman will beat Spider-Man: No Way Home?