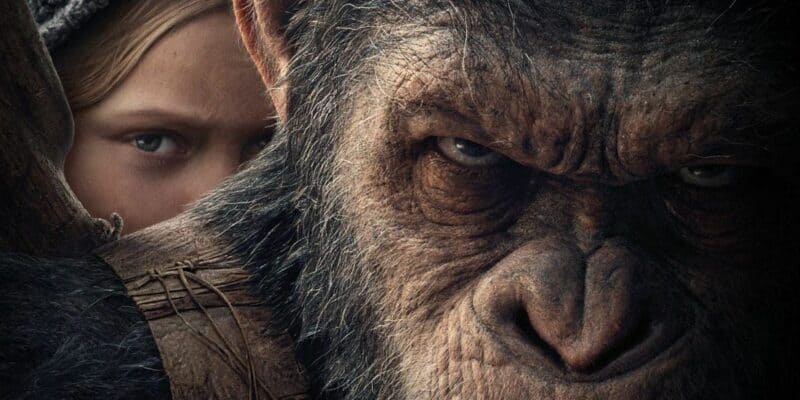 These days, it’s pretty hard to find more than a handful of perfect movie trilogies. And we aren’t talking about trilogies that now exist within a greater franchise, like Star Wars or Lord of the Rings, but ones that are strictly three movies and no more.

Regardless of whether you like Toy Story 4 (2019) or not, there’s no denying that its mere existence ruined a perfect trilogy — it’s a mathematical fact! But sadly, it seems that Disney doesn’t quite know when to stop, because yet another perfect trilogy is set to be ruined.

While the critically-acclaimed Planet of the Apes reboot trilogy (2011 — 2017) was previously owned by 20th Century Fox, now 20th Century Studios, it currently falls under the Walt Disney Pictures umbrella, and to no surprise, especially given the films’ huge success, a new movie is already in the works.

Back in 2019, Disney confirmed that a brand-new Planet of the Apes was going into production and that it wouldn’t be a reboot of the most recent series, but instead a sequel, making it the fourth movie in the franchise (although there are actually nine movies in total!).

It’s entirely possible that the new movie will serve as a re-adaptation of the original 1968 movie of the same name. After all, even though we’d have quite happily accepted War for the Planet of the Apes as the end, it does leave the door open for more stories.

Rise of the Planet of the Apes is the first movie in the trilogy, and while it’s viewed as a reboot, it actually takes place long before the idea of a ‘planet of apes’, focusing on scientist Will Rodman (James Franco), who raises super-intelligent chimpanzee Caesar (Andy Serkis).

Naturally, things go awry when Caesar starts to become even more intelligent and uses it to his advantage. He frees several other apes from captivity and leads a revolt against the San Francisco authorities, before disappearing into the Redwood Forest with all the surviving apes.

Dawn of the Planet of the Apes finds Caesar and his fellow apes thriving in the forest, while mankind, which has been struck by the ‘Simian Flu’, released from the same laboratories where Caesar and some of the other primates were tested upon, are on the verge of extinction.

The final movie in the trilogy, War for the Planet of the Apes, pits the apes against a military outpost in a fight that will determine the dominant species of the planet. And as we know, the apes emerge victorious. But despite leading his people to a new land, a wounded Caesar dies.

While of course the movies never quite reach the point we arrive at in the original 1968 Planet of the Apes (which is based on the French novel of the same name by Pierre Boulle), it was still a fitting end for the trilogy. And we’d have quite happily used our imaginations to fill in the rest.

However, as is the case with successful movies, a sequel was inevitable. Not only was War for the Planet of the Apes a critical success, it also grossed nearly $500 million against a budget of $150 million. So the fact that Planet of the Apes 4 (working title) is now in the works is no surprise.

In fact, a fourth movie was in talks even before War for the Planet of the Apes was released in 2017. And after Disney purchased Fox in 2019, they announced that future movies were in development, and later added that they would take place in the same universe as the reboot.

By the end of 2019, it was confirmed that Wes Ball would write and direct the new movie. In an interview with Discussing Film, while avoiding any plot details, Ball said the following about the upcoming Planet of the Apes sequel:

“We have a take. We have a way of staying in the universe that was created before us, but we’re also opening ourselves up in being able to do some really cool new stuff. Again, I’m trying to be careful here. I’ll say this, for fans of the original three, don’t worry — you’re in good hands. The original writers and producers that came up with Rise and Dawn, Rick Jaffa and Amanda Silver, they’re also on board with this. Josh Friedman is writing this thing, a lot of the same crew is kind of involved. We will feel like we’re part of that original trilogy, but at the same time we’re able to do some really cool new stuff. It will be really exciting to see on the biggest screen possible.”

Ball also confirmed in the 2019 interview that, as the movie will be mostly CG, it would likely go into production soon. So needless to say, Planet of the Apes 4 is definitely happening, and who knows how far into production the filmmakers have gone over the last two years.

The question now is, will Disney be able to justify its existence from a creative standpoint? The truth is that whether or not the film will be any good remains to be seen, but either way, as is the case with Toy Story 4, the existence of a new Apes film alone will ruin a perfect trilogy.

While Disney and its subsidiary studios have proven themselves more than capable of creating new movies in an age-old franchise that impress on a technical level, movies like the widely-hated Star Wars sequel trilogy leave a lot to be desired in terms of characterization and storytelling.

On the other hand, it sounds like most of the same creative team is on board for Planet of the Apes 4, which can only be a good thing. But it all really hangs in the screenplay. Exactly what direction they might be taking is unknown, but the previous three films do contain some clues.

In Rise of the Planet of the Apes, a background news report details the launch of the space ship Icarus, which is a reference to the original movie. In the 1968 film, a team of astronauts crash-lands on a planet ruled by apes, which is later revealed to be Earth.

And War for the Planet of the Apes introduces a younger version of Nova (Amiah Miller), a character who appears in the original film. It’s possible then, that the crew of Icarus will crash-land on Earth in the future, to find that a lot has changed while they’ve been gone…

Are you looking forward to Planet of the Apes 4, or do you think Disney will ruin the franchise like many think they’ve done with Star Wars?