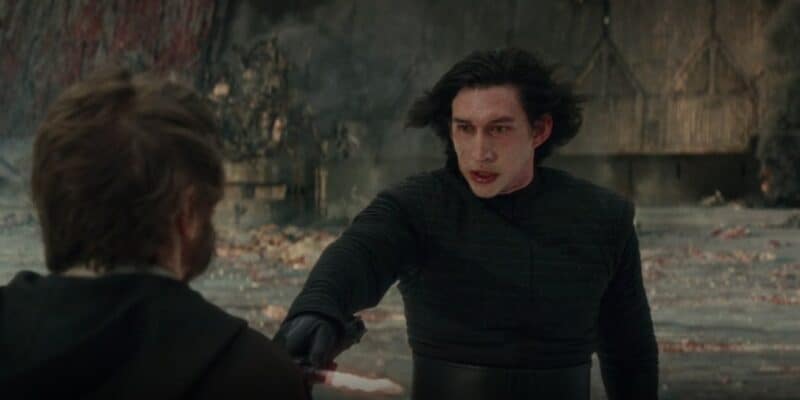 When Star Wars was relaunched under The Walt Disney Company it brought with it new stories, heroes, and villains. Despite the sequel trilogy, brought together by Lucasfilm President Kathleen Kennedy, garnering a relatively lukewarm response and a lasting controversial presence in the greater Star Wars Saga, the movies did spawn some memorable characters.

One of which was Kylo Ren later revealed to be Ben Solo, played by Girls alum, Adam Driver. The Hollywood actor’s star has risen exponentially throughout his tenure in the blockbuster series and has recently revealed why he doesn’t attend wrap parties anymore, and why he couldn’t wait to leave his latest character, Maurizio Gucci, in the dust.

Director JJ Abrams brought the Star Wars franchise back into the world a decade after George Lucas wrapped the prequel trilogy with the final installment in Anakin Skywalker’s (Hayden Christensen) fall from grace and the rise of Darth Vader. When Star Wars: Episode VII — The Force Awakens (2015) debuted in movie theaters worldwide it was a hit with fans who had been clamoring for the galaxy far, far away to return and introduced new characters to the franchise.

Driver returned as the dark side villain in the more controversial and divisive Star Wars: Episode VIII — The Last Jedi (2017) and Star Wars: Episode IX — The Rise of Skywalker (2019) from directors Rian Johnson and JJ Abrams, respectively. Kylo Ren became so popular with Star Wars fans that Driver could not leave his hotel room during the San Diego ComicCon and vowed never to return. In addition to his Star Wars success, the actor has starred in a number of critically and commercially acclaimed feature films such as Logan Lucky (2017), BlacKKKlansman (2018), Marriage Story (2019), for which he was nominated for Best Actor at the 92nd Academy Awards, The Last Duel (2021), and House of Gucci (2021). The latter saw Driver take on the role of Maurizio Gucci in Ridley Scott’s crime drama.

Speaking recently in an interview with W Magazine, Driver spoke about his latest movie where he stars alongside a stellar cast made up of Lady Gaga (Patrizia Reggiani), Jared Leto (Paolo Gucci), Jeremy Irons (Rodolfo Gucci), Salma Hayek (Giuseppina “Pina” Auriemma), and Al Pacino (Aldo Gucci). On what it was like to embody this real-life figure, the actor said:

In some ways, House of Gucci was the most difficult. I do not live in the same world as Maurizio Gucci. The way he picks up things that are valuable and discards them, the way he is the most elegant man—those qualities were interesting to think about. But after 14 hours a day of being a Gucci, I was ready for it to be over.

And then went on to add how he generally approaches the end of a shoot:

In general, I leave jobs immediately. I haven’t been to a wrap party since Girls. I just want to get the character out of my system and go home.

Lena Dunham’s HBO series wrapped in 2017 meaning that Driver did not attend The Rise of Skywalker wrap party either, and likely The Last Jedi, which debuted at the end of 2017. It is interesting that Driver applies the same sentiments to most of his characters and that Kylo Ren, despite the villain’s immortalization in the Star Wars lexicon, was just another role to play and then move on from. It’s a refreshing take, especially considering that many actors in the franchise are so intrinsically connected to their onscreen counterparts.

Next up for Driver is 65 (2022) from Sony Pictures and White Noise (2022). The latter comes from Driver’s Marriage Story director and collaborator, Noah Baumbach, and is expected to release this year.

What do you think of Adam Driver’s sentiments? Let us know in the comments down below!