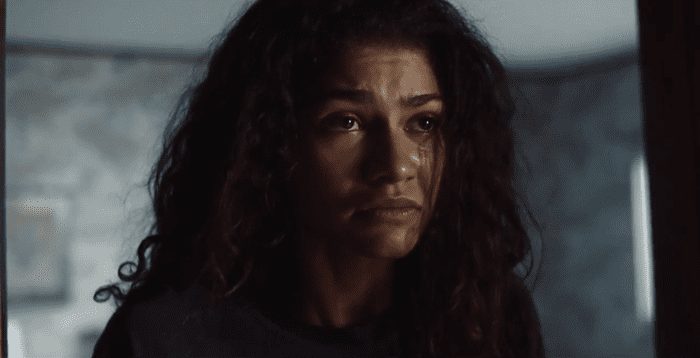 Zendaya, best known as being an actress, model, and singer, has already become a Hollywood icon — and she’s only 25 years young. Before co-starring alongside Tom Holland in the new Marvel Spider-Man franchise, Zendaya rose to fame in Disney Channels’ Shake It Up, where she took on the role of Rocky Blue alongside with Bella Thorne.

She is currently starring in the HBO series, Euphoria, where she actually earned the title of the youngest actress to ever win an Emmy for outstanding lead in a drama series for her role as Rue.

Now, fans are calling for Zendaya to earn yet another Emmy for her performance in the latest episode of the HBO series.

In the most recent episode of Euphoria, Rue not only relapsed, but she lied about it and when her secret was exposed, her family confronted her about it and tried to take her to rehab for help. However, unaware of Rue’s recent deal with Laurie, Leslie and Gia have flushed her suitcase of drugs down the toilet. Terrified, Rue lashes out at her family and runs away with no plans.

The rest of the episode is an intense chase sequence and now many fans are praising Zendaya for her standout performance.

The Euphoria actress went all out when filming this episode, even admitting to still have scars and bruises — five months later!

Zendaya sat down with Entertainment Weekly to talk more about what it was like filming the intense Euphoria episode, to which she said:

“It was a very tough day. I mean, I beat myself up. I still have some scars on my legs and got quite a few bruises.”

The Spider-Man actress shared photos of her scars and bruises on her Instagram story, along with the caption:

Rue really be whoopin my ass

“It was so intense and scary to tackle, and obviously something that would be incredibly emotionally taxing,” Zendaya continued to explain, “but also physically taxing. Also, I care about Rue and I hate when she’s in pain. There’s so much pain and it’s bubbling to the surface, and it’s also crossed with her withdrawing, which is extremely physically painful.”

“Rue’s lost all control of who she is, and you can see there’s a little moment after that where all of it becomes regret. And then she does it again, like it’s just a really painful cycle to watch her go through. And I didn’t particularly enjoy having to watch her deal with that.”

With all of this being said, Zendaya admitted that filming this episode did mean a lot to her as an actress and is forever grateful for this role and opportunity:

And I’m very grateful that I’m in a space where I feel comfortable and safe, and with actors and actresses that I’m obviously very close with. After every take, we’re hugging each other, we’re talking through it, we’re embracing, checking in, because obviously it’s like a war zone.”

Zendaya can currently be seen starring in HBO’s Euphoria or in Spider-Man: No Way Home (2021), which joins Spider-Man: Homecoming (2017) and Spider-Man: Far From Home (2019). The film had a record-breaking opening weekend at the U.S. box office, bringing in $260 million, and continues to remain one of the most watched films across the country.

If you have never seen HBO’s Euphoria, the series is described as:

Do you watch Euphoria? Did you see the latest episode? What did you think of Zendaya’s performance? Let us know in the comments below.