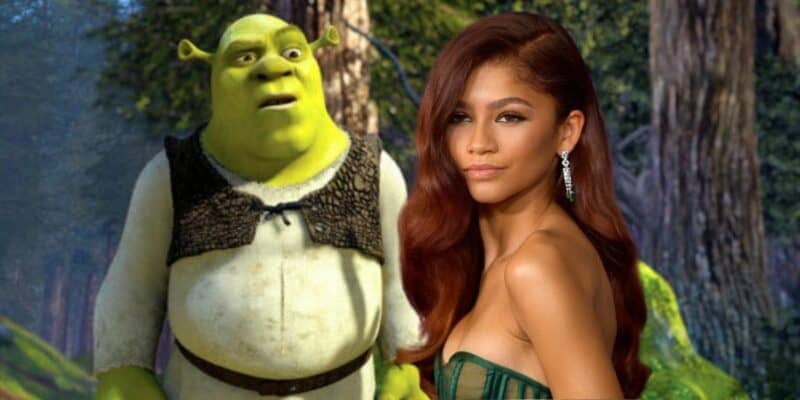 If there is one thing many of us can agree on, it is that Shrek is a cinematic masterpiece, and it seems that one Hollywood star is in complete agreement with that statement.

Zendaya has become a popular household name after creating such a fantastic resume and career in such a short amount of time. Beginning on the Disney Channel, Zendaya continued her Disney career by joining the Marvel Cinematic Universe as Mary Jane in the Spider-Man franchise co-starring her boyfriend, Tom Holland. Aside from that, she won an Emmy for her work in Euphoria and will soon appear in Dune. Of course, her resume grows much larger with other films such as The Greatest Showman and upcoming projects.

With so much on her plate, Zendaya has found a way to stay sane amidst all of the chaos in her life. In a recent interview, the Hollywood star opened up about how she deals with heavy workloads, and it seems that a green ogre is the answer to all of her problems.

Some days I just want to go home, cuddle up with my dog, and watch a little Harry Potter. I also love Shrek. That’s another staple in my household when I have heavy days at work.

It seems that both Harry Potter and Shrek give Zendaya a calming nature, and if she doesn’t already know, Universal Orlando Resort might be the perfect place for her to visit, that is before they close down Shrek 4-D forever. As we know, the Shrek attraction will be shutting down in 2022, so that means there is still time for Zendaya to experience it. Universal (@UniversalORL)) even chimed in on the Zendaya x Shrek love fest by posting to Twitter!

This could be us, @Zendaya

This could be us, @Zendaya. pic.twitter.com/RayMaL3RK6

It seems like the theme park would welcome her with open arms, just as Shrek does with Fiona!

Are you a Shrek fan? Let us know in the comments below!