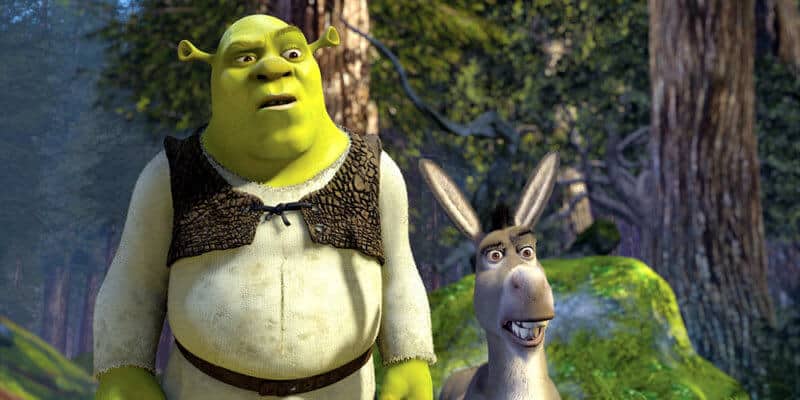 Many animated movies are done so well that they become instant classics. From Disney’s fairytales to Pixar’s tear-jerkers, the power of animation is clearly seen. Universal is also a major player within the animated genre, as DreamWorks has put out some amazing films. Although there are many fantastic DreamWorks films to choose from, arguably, the most popular film franchise to come out of the studio has been Shrek.

Shrek just celebrated its 20 year anniversary, marking a major milestone for Universal. Shrek was such a hit that Shrek 2 was born, then Shrek the Third, Shrek Forever After, and Shrek 5 — not to mention the various holiday specials that have come from the IP as well.

When Shrek was celebrating its big birthday, it seems that not everyone was in such a celebratory mood. The Guardian published an article titled “Shrek at 20: an unfunny and overrated low for blockbuster animation,” which dragged the ogre film through the mud so much, even Shrek would have a problem with it!

If you want a small taste of how much The Guardian showed their dislike for Shrek, take a look at this small excerpt from the article below:

Shrek is a terrible movie. It’s not funny. It looks awful. It would influence many unfunny, awful-looking computer-animated comedies that copied its formula of glib self-reference and sickly sweet sentimentality. Three of those terrible movies were sequels to Shrek and one was a spin-off with a sequel in the works. The curse has eased but not lifted.

Universal Orlando Resort’s Twitter account being the comically sassy account that they are, saw the article and immediately had to call the publication out on their words.

Universal Orlando (@UniversalORL) responded to The Guardian’s (@guardian) Tweet with the defecating words by stating:

Although simple, the response was hilarious and instantly seemed to discredit the publication. Ryan Shattuck (@ryanmer) also asked Universal about the “anti-Shrek” article, and their response was cheeky as ever!

Universal Studios Florida is home to a Shrek and Donkey meet and greet where Guests can talk to Donkey in real-time and at the Shrek 4-D attraction, which even after years of operation, still boats long wait times and large crowds likely, because everyone loves Shrek.

As The Guardian mentioned, when the film debuted in 2001, critics raved about the movie, and fans could not get enough. Shrek gave DreamWorks a competitive edge over Disney, which they were trying to achieve for quite some time without really finding success until the green ogre stepped on the big screen.

Universal Orlando’s Twitter account often calls out Guests or companies when they say something negative or do something funny, so these Tweets are not out of the ordinary for the company. However, still, they are hilarious and highly entertaining.

Do you agree with Universal or The Guardian regarding Shrek? Let us know if you love the film, or if you are not a big fan.