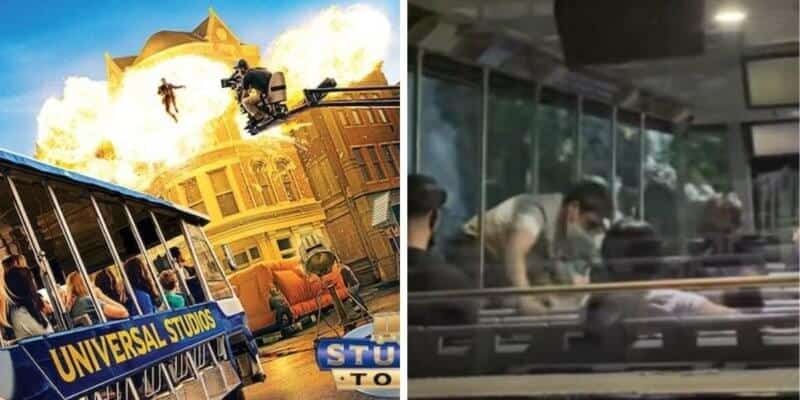 If there is one thing Guests should know not to do when at any theme park, it is to not jump out of a moving ride vehicle.

Aside from safety announcements warning Guests to to keep their arms and legs inside ride vehicles at all times, it seems pretty obvious that jumping out of a moving vehicle will likely not end very well for the person trying to escape. We recently reported that a Guest on the Universal Studio Tour at Universal Studios Hollywood jumped out of the tram during the King Kong section of the ride, causing a major disruption.

The Guests allegedly jumped out of the ride vehicle to pick up something of theirs that fell, which is against the safety rules and regulations at Universal Studios Hollywood. Not only did the ride stop, but extra help was called to ensure the Guest was not hurt, lights were turned on, and everyone riding was immediately taken out of the immersive feeling the attraction can typically create.

Now, it looks like Universal has publically called out the gentleman who made the jump on their Twitter! If you follow Universal’s Twitter accounts — whether it be Universal Studios Hollywood or Universal Orlando Resort — you know that they use a lot of cheeky comedy in their Tweets. Recently, they called out a TikToker who was drinking water out of their decorative fountains, and now, it seems the Guest who jumped out of the tram is receiving similar treatment.

If you take a look at Universal Studios Hollywood’s Twitter account, the bio now says “PSA: Stay inside your tram at all times,” a direct reference to the incident that occurred last week.

The “PSA” format that Universal used was also used in the Tweet about the TikToker we previously mentioned. Given that Universal has been taking to Twitter to not-so-subtly call out Guests who break the rules, it now seems as though being publically called out by the theme park mogul is another repurcussions Guests may face if they break the rules at the parks (and if they go viral in doing so).

Keep in mind that the rules at Universal theme parks are in place to keep all Guests and Team Members safe, so it is important to follow the rules and contact a Team Member if you need assistance. For a full list of Universal Studios Hollywood’s rules and regulations, click here.

What do you think about Universal calling out Guests on Twitter as of late?