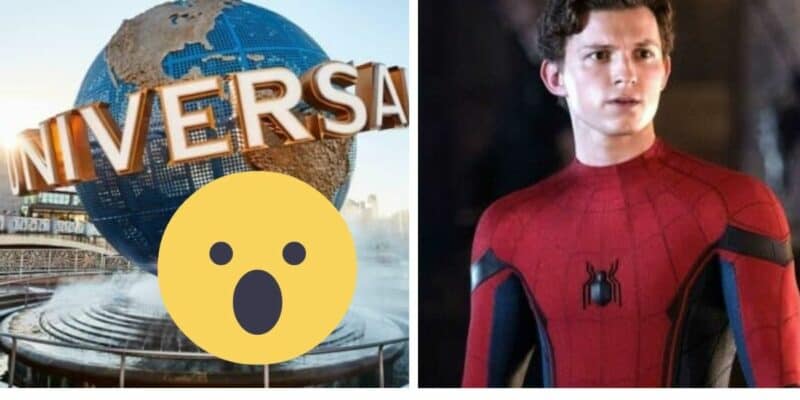 Spider-Man: No Way Home (2021) has officially swung into theaters and is making big impressions.

The movie–  starring Tom Holland (Peter Parker/Spider-Man), Zendaya (MJ), Benedict Cumberbatch (Doctor Strange), Jacob Batalon (Ned Leeds), and a plethora of others– has been the talk of the internet for the last month especially, and fans everywhere are trying to avoid spoilers until they’re able to see the movie themselves.

The film is part of Disney’s Marvel Cinematic Universe and is produced by Sony’s Columbia Pictures, but that hasn’t stopped other competition from noticing the hype surrounding the movie.

Universal Orlando Resort, which is considered in direct competition to Disney, posted a guide to the Amazing Adventures of Spider-Man ride at Universal’s Islands of Adventure on Twitter with the caption:

There are two types of people in the Universe right now: 1) Those still buzzing from having seen Spider-Man 2) Those buzzing because they’re about to see Spider-Man THIS is for both.

There are two types of people in the Universe right now:

1) Those still buzzing from having seen Spider-Man

2) Those buzzing because they're about to see Spider-Man

Even Universal is jumping on the hype train surrounding Spider-Man: No Way Home.

Here’s what Universal Orlando’s official guide to the Amazing Adventures of Spider-Man says about the attraction:

This experience has it all — practical sets and effects, animated characters that seem to jump off the screen as they interact with your ride vehicle, and even a cameo or four.

Head into the back alleys of Manhattan where Spider-Man jumps on the hood of your Scoop to warn you about the dangers ahead. Regardless, you proceed into a warehouse where the villains are plotting. You don’t exactly go unnoticed and it’s a run for your life from there…

Spider-Man is with you every step of the way, even when Doc Ock uses that anti-gravity cannon to lift your vehicle to a simulated height of 400 feet up into the concrete jungle. Our Hero tries to pull the Scoop down, but is attacked once again by the full force of the Sinister Syndicate. Of course, he is able to thwart the group, but not before you tumble all the way to the street, coming face-to-face with a manhole cover and some strong, protective webbing.

Sony Pictures, who has an agreement in place with Disney, owns the rights to Spider-Man in movies but Universal Orlando secured the rights to use several Marvel characters, including Spider-Man, in its theme park when Universal’s Islands of Adventure originally opened in 1999.

Disneyland Resort in California opened WEB SLINGERS: A Spider-Man Adventure based on Tom Holland’s Spider-Man character earlier this summer, so you could say that there is quite a web spun for different rights using the character.

No matter the case, it’s clear that everyone is excited to see Spider-Man: No Way Home on the big screen.

With Spider-Man’s identity now revealed, Peter Parker (Tom Holland) asks Doctor Strange for help. When a spell goes wrong, dangerous foes from other worlds start to appear, forcing Peter to discover what it truly means to be Spider-Man.

When will you be viewing Spider-Man: No Way Home and how are you going about avoiding spoilers?

Comments Off on Even Universal is Hyping Up ‘Spider-Man: No Way Home’