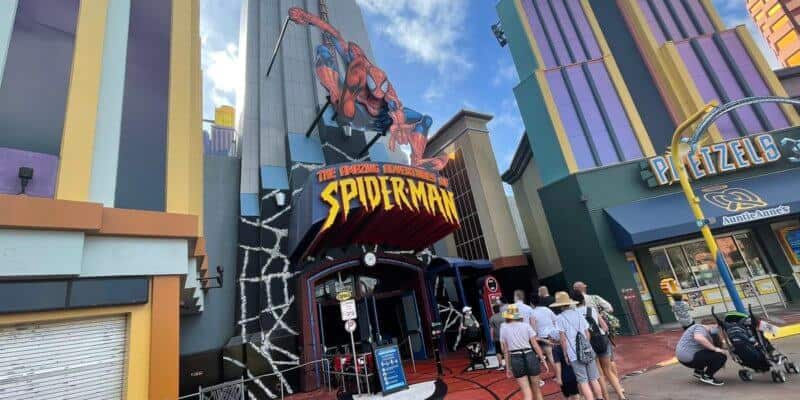 It’s amazing how different things could have been.

At the recent IAAPA Expo covered by The Orlando Sentinel, a panel of creators who designed The Amazing Adventures of Spider-Man ride sat down to talk about the origins of the attraction and what we’ve come to now know as Universal’s Islands of Adventure.

Universal’s agreement with Warner Bros. fell apart, which took DC Comics and Loony Tunes off the table for attraction discussions.

“The theme of the Park was going to be cartoon world,” Hettema said. “I still say some of those concepts, which are sitting in a drawer somewhere at Universal, are some of the best work I’ve ever seen.”

To deal with those losses, Universal moved Jurassic Park— which was initially going to be built at Universal Studios– to the new Park, and the idea of ‘islands’ began to take shift.

Universal reached out to Marvel, which had just filed for bankruptcy in 1996, and struck a deal giving them the rights to use the Marvel characters in the new Park, including Spider-Man.

“This was not the world of Universal Creative you know today. This was like a dirty little skunk factory that was trying to figure out how to build a theme park,” Hettema said. “We were all young and naive, and very enthusiastic.”

The Amazing Adventures of Spider-Man debuted at the Park’s opening in 1999 and is still one of the most popular attractions at Universal Orlando Resort today.

Here’s what Universal Orlando says about the attraction:

Strap on your 3-D glasses and join the world’s most famous webslinger on a high-flying adventure. Villains have stolen the Statue of Liberty and it’s up to Spidey to save the day. Face a cast of Marvel characters as you soar above the streets, scale skyscrapers and battle bad guys left and right. Just watch out for the 400-foot freefall. 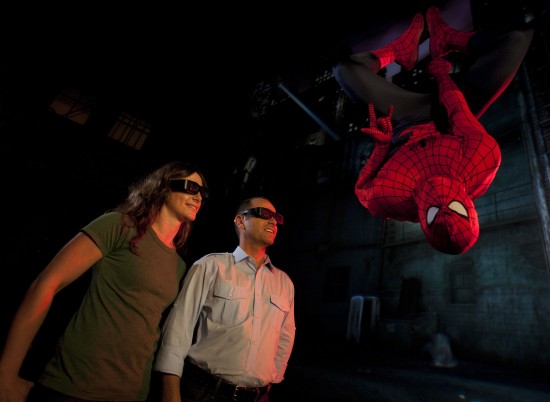 It’s amazing to think that had it not been for an agreement falling through, just how different things might look today. The Amazing Adventures of Spider-Man and many other rides and attractions may have never been born.

But, here we are. One simple failed agreement and, as they say, the rest is history. Today, however, there is still a fun comic section that lives on at Islands of Adventure, and it is (mostly) original characters and designs to Universal! Toon Lagoon is filled with fantastic water attractions such as Popeye & Bluto’s Bilge-Rat Barges. There are also a ton of shopping and food options for Guests to explore as they feel like they have jumped into the middle of their very own comic book strip!

What’s your favorite attraction at Universal’s Islands of Adventure? Let us know in the comments.