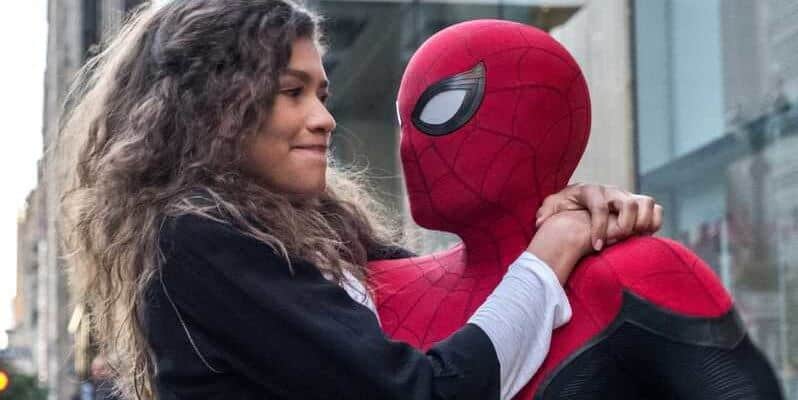 At the young age of 25, Zendaya has already become a household name for many. The actress co-starring alongside Tom Holland in the new Marvel Spider-Man franchise, with a new film coming out this December, but she is also the youngest actress to ever win an Emmy for outstanding lead in a drama series for Euphoria.

Before Zendaya was blowing the minds of many adults, she was dominating the child and young teenage generation on Disney Channel. Zendaya starred in Shake It Up as Rocky Blue, where she was one of the two leads along with Bella Thorne. The show featured Zendaya’s dancing skills, but it seems that while on the show, the actress has to set some boundaries.

It seems that Disney wanted Zendaya, at age 14, to have a kissing scene in the show, but she refused. In a recent interview, Zendaya spoke out about the incident.

“I remember being on ‘Shake It Up’ and being like, ‘I’m not gonna do this. I’m going to kiss him on the cheek because I haven’t been kissed yet so I don’t want the kiss to be on camera.”

It seems that Zendaya did not want her first kiss to be on camera, and she made sure that it was not. Once Shake It Up came to a close in 2013, the actress would move onto bigger projects. Aside from Spider-Man and Euphoria, Zendaya has also starred in The Greatest Showman alongside Hugh Jackman and Zac Efron, where the actress showcased her singing abilities.

Zendaya has recently confirmed that she is dating co-star Tom Holland, someone she has absolutely shared a few on-screen kisses with as she plays girlfriend Mary-Jane in the Marvel Cinematic Universe Franchise.

You can watch Shake It Up currently on Disney+.

What do you think of Zendaya speaking up and refusing a kiss when she was a young teenager working for Disney? Let us know in the comments below.