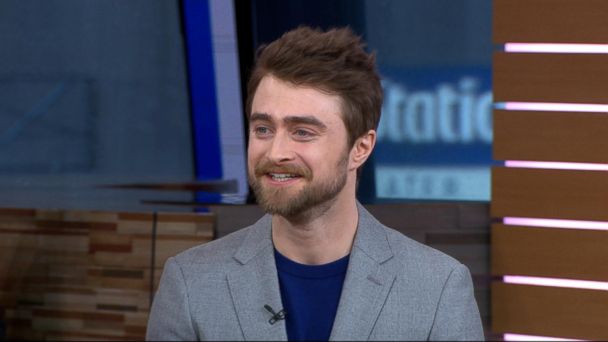 Daniel Radcliffe doesn’t know why fans believe he is Wolverine.

Marvel fans have enjoyed seeing Hugh Jackman star as Logan/Wolverine in several of the X-Men movies before he got some spin-off movies. After Logan (2017), it seems that the actor may be done playing the character and with the Fox merger, fans are wondering who will play Wolverine in the MCU.

Several fans have looked towards Daniel Radcliffe to play the part. While some fans can only see Radcliffe as Harry Potter, it seems that other fans can look past the actor’s other iconic role to be involved with the MCU’s X-Men. During a recent interview at the SXSW premiere for The Lost City, Radcliffe reacted to fans casting him as Wolverine:

Daniel Radcliffe knows about the #Wolverine fan castings and rumors! He addresses Marvel thoughts at the premiere for #TheLostCity!

Daniel Radcliffe knows about the #Wolverine fan castings and rumors!

He addresses Marvel thoughts at the premiere for #TheLostCity! pic.twitter.com/6vVr3ajyjA

When asked about the fan casting, Radcliffe shared how fans would walk up to him and congratulate him on being Wolverine even though the actor “doesn’t know anything it:”

“So many people come up to me like, ‘Hey man, I heard the Wolverine news, that’s really cool.’ And I’m like, ‘Mate, it’s not, I don’t know anything about it.'”

This didn’t stop the actor from sharing his appreciation for the casting as Radcliffe continued:

“Like, I appreciate that somebody has clearly gone, ‘Wolverine is actually short in the comic books, we should get a short guy to do it.’ But I don’t see them going from Hugh Jackman to me afterward, but who knows. Prove me wrong, Marvel.”

If Marvel decides to go with Radcliffe as Wolverine that would be an interesting choice. Radcliffe is definitely young enough to play the superhero for many years to come which is good since Jackman played the character for almost twenty years. While it is true that Wolverine in the comics is shorter, it would be hard for many fans to see Radcliffe as the iconic superhero. Hugh Jackman’s portrayal of the character is just as iconic as Chris Evan’s Steve Rogers/Captain America and Robert Downey Jr.’s Tony Stark/Iron Man.

With recent rumors saying that Jackman may be reprising his role in Doctor Strange in the Multiverse of Madness (2022), it would be hard to say what Wolverine’s future will look like. Marvel has been silent about what to expect about the X-Men in the MCU, but they did confirm that the mutant superhero team will appear at one point in Marvel’s Phase Four.

Since Wolverine is known to be a tough character, it doesn’t seem that Radcliffe would fit the personality of the superhero even if he is the right height. If Radcliffe were to join the Marvel Cinematic Universe, it would make sense for Marvel to have the actor play someone else.

Do you think Radcliffe is the best actor to play Wolverine? Let us know what you think in the comments section below!

Comments Off on Daniel Radcliffe Wants To Be Wolverine, Challenges Marvel “Prove Me Wrong”