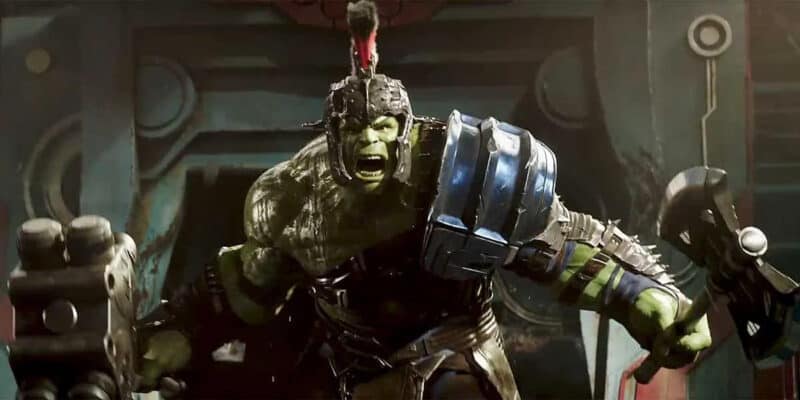 Fans are unsure if Hugh Jackman’s Wolverine will be in Deadpool 3 after recent teases about Mark Ruffalo’s Hulk being involved in the film.

Ryan Reynolds and Mark Ruffalo have been promoting their new film, The Adam Project (2022) as the film was just released on Netflix not that long ago. The movie has received a lot of praise for being a fun time travel film with a lot of action and heartfelt moments.

Shawn Levy directed The Adam Project and now is set to direct Deadpool 3 as Reynolds joked that he can’t wait to finish his “Shawn Levy Trilogy.” Reynolds also worked with Levy on Free Guy (2021) which is now streaming on Disney+. Most fans may have missed it, but The Adam Project snuck a small tease for the MCU in the movie.

When Ruffalo and Reynolds are having a special moment as father and son, the camera passes a container with a Deadpool and Hulk sticker on it. At first, fans may believe this isn’t anything important, but Shawn Levy went to Twitter to make sure fans could remember this Marvel moment:

Little did I know…  @VancityReynolds@MarkRuffalo#Deadpool

Mark Ruffalo also posted the still to share the special moment for fans:

Our own little multiverse #TheAdamProject

While this may seem like a small moment, both Ruffalo and Levy are involved with Marvel and it wouldn’t be surprising if Levy wants the Hulk to have a role in the film. Ruffalo has made a lot more appearances in Marvel’s Phase Four. Ruffalo has a large role in She-Hulk and will be “passing the torch” to Tatiana Maslany’s She-Hulk leaving fans to wonder how much more we will see of the actor in the MCU.

Reynolds will be entering the MCU soon as Deadpool has been confirmed to be a part of the Marvel Cinematic Universe by Kevin Feige. Deadpool 3 will be R-rated and it’s unsure when fans should expect the movie since Reynolds said he will be taking an acting break.

Fans believe his acting break will be short as there are rumors that Deadpool will appear in Doctor Strange in the Multiverse of Madness (2022). Just like Andrew Garfield and Patrick Stewart, Reynolds has denied any involvement in the film.

If Hulk was to have a role in Deadpool 3, fans know it will be great. Thor: Ragnarok (2017) showed that Chris Hemsworth’s Thor and Ruffalo’s Hulk make a great duo and there’s no doubt that Reynolds and Ruffalo couldn’t replicate that in the upcoming Deadpool movie. Since it’s an R-rated film, fans could finally see Hulk be more vicious in the movie instead of just being an angry green monster.

It wasn’t long ago when Levy did talk about Wolverine and hoping to bring the iconic mutant into the movie with a crossover as fans have waited forever for the two characters to talk in live-action — X-Men Origins: Wolverine (2009) doesn’t count. Jackman and Reynolds have a longstanding rivalry so it would be great to get the two actors onscreen with each other as it won’t be long before another Wolverine comes along.

It’s unclear if both characters will make an appearance in the film, but fans can hope for the best as both heroes would be great to see alongside Reynolds in Deadpool 3.

Do you want Hulk or Wolverine to appear in Deadpool 3? Let us know who you want to see in the comments section below!

Comments Off on Did Netflix Just Tease A Major Cameo For An Upcoming MCU Movie?