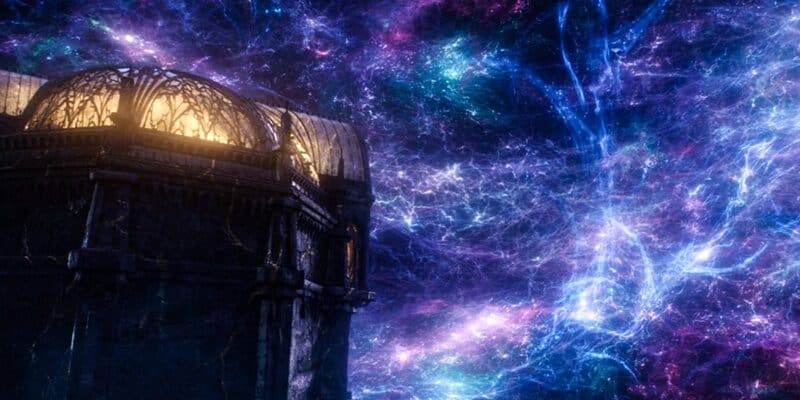 Marvel Studios is reported to be working on a new series set in outer space.

So far Marvel’s Phase Four has spent a lot of time away from the cosmic side of the Marvel Universe. Eternals (2019) briefly spent some time in space, but this will most likely change with Thor: Love and Thunder (2022) and Guardians of the Galaxy Vol. 3 (2023). At the moment, Marvel fans have spent a lot of time learning about what has happened after the events of Avengers: Endgame (2019) and how the world is recovering from the Blip.

A new project was spotted on a recent listing called “Untitled Marvel Space Project” with Kevin Feige as one of the producers. This caught some fans’ attention because the MCU hasn’t made a series in space yet. Disney definitely has the technology to make the series as The Mandalorian has had several scenes in space. Here’s the listing for the upcoming Marvel project:

Since the Marvel Cinematic Universe has spent a lot of time introducing fans to new superheroes in Phase Four, it wouldn’t be a surprise if the upcoming series will introduce fans to a new super hero. With Guardians 3 introducing Will Poulter’s Adam Warlock and rumors that Nova will make an appearance soon, it would make sense if the series focused on one of those characters. Silver Surfer could be another option for the series to focus on as the Fantastic Four are confirmed to be joining the MCU soon.

Of the three characters, it would make sense for Adam Warlock to get his own series. Since the character will have a large role in Guardians 3, it’s possible the cosmic superhero will get his own spinoff series. Since the character is a fan favorite from the comics, there is a lot of different stories Marvel can tell, but sadly Adam Warlock will most likely have his powers changed as a lot of them came from the Soul Stone. A huge part of Warlock’s arc revolved around the Infinity Stones, but it seems that Marvel has other plans for the character.

One thing that has been noticeable for Marvel shows is that the special effects aren’t the same quality as the movies. Most of the time this is acceptable since the MCU show will have a small amount of CGI, but since the series will be set in space, there will be a lot of visual effects. If the series doesn’t handle the visual effects properly, the new series could be a disaster for Marvel.

No one wants to watch a series that doesn’t look great so the budget will probably be higher than other MCU shows. She-Hulk plans to have a lot of visual effects which makes sense since both Tatiana Maslany’s She-Hulk and Mark Ruffalo’s Bruce Banner/Hulk are CGI characters. The setting won’t require a lot of VFX work which will help in the editing process.

Hopefully, this upcoming series will get some help from The Mandalorian crew as the Star Wars series does a great job balancing practical and special effects. Since the series will probably focus on a cosmic superhero — hence why it’s in space — that means that the character will most likely be able to fly. This will make it more challenging to make sure the series can get the look and feel of the character right without the show looking bad.

If Marvel decides to change their mind and make this project into a movie, that would be the best choice. An MCU series has a smaller budget and more visual effects to render which is why some scenes don’t look as good. A smaller script could lead to more memorable shots as Marvel can be bolder with what they can do. Perhaps Marvel will surprise fans and officially announce the series soon, but Marvel Studios better take the time to ensure the series’ visual effects won’t be a concern for fans.

Do you think the Marvel series will focus on Nova or Adam Warlock? Let us know what you think in the comments section below!