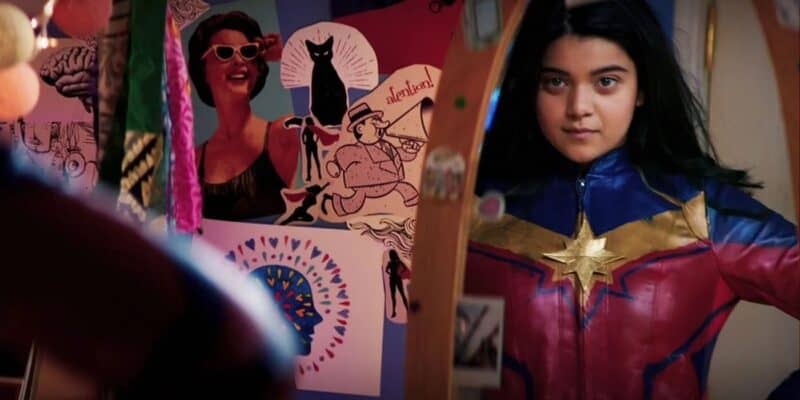 When Disney+ first launched, Star Wars fans enjoyed watching The Mandalorian while Marvel fans had to wait until January to get their turn with WandaVision. Since then, Marvel and Star Wars content has been staggered on the streaming platform as Disney doesn’t their content to release at the same time.

This led to Marvel getting a lot of shows back-to-back while Star Wars fans waited for the second season of The Mandalorian. In 2022, Disney seems to have changed their mind on when to expect content to drop. With Star Wars and Marvel releasing several shows this year, the streaming platform was bound to have some of them overlap.

Related: Sequel Trilogy Villains Are Reportedly Returning In ‘The Mandalorian’

Ms. Marvel is set to release on June 8 which means that Obi-Wan Kenobi and the upcoming MCU show will be releasing episodes at the same time. This will be the first time Disney has released two live-action shows simultaneously which is something fans have always wanted. This opens the door for Disney+ to continue with this model as fans who like both can easily watch the two episodes in the week before new episodes are released.

What to expect from Star Wars in 2022

After Obi-Wan Kenobi, Star Wars fans will still have some things to look forward to. Andor is confirmed to release at some point in 2022 and it will most likely debut in the fall. The Rogue One spin-off series will have twelve episodes and be the biggest Star Wars show yet.

The Mandalorian Season 3 hasn’t been confirmed to release in 2022, but it did wrap up filming at the end of last year so there’s a good chance it will debut in December 2022. Fans of course will be excited to see more of Pedro Pascal’s Mando as he will be carrying Grogu (Baby Yoda) with him. The Book of Boba Fett did set up what could happen with Season 3 of The Mandalorian as Mando may be heading to Mandalore in the next season.

Another thing to look forward to would be The Bad Batch Season 2 as the animated series will continue to follow Clone Force 99. Season 2 will release sometime this year, but there has been no official release date announced.

What to expect from Marvel in 2022

The Marvel Cinematic Universe has been very busy in 2022 and it won’t stop anytime soon. After Ms. Marvel, fans can expect Tatiana Maslany’s She-Hulk to release sometime in the fall. This series could possibly overlap with Andor.

Fans can also expect Marvel to release a Halloween special with reports that it will be focused on the Werewolf by Night and may even include the first appearance of Mahershala Ali’s Blade. After this, fans can expect to see a new holiday special with the Guardians of the Galaxy with James Gunn working on the project. While nothing is really known about the special, it’s quite safe to assume that this Holiday Special will be far better than the original Star Wars Holiday Special.

Related: Disney Teases Fans With First Look At ‘I Am Groot’

Marvel will also have some animated shows released on the streaming platform this year such as Marvel’s What If…? Season 2 and I Am Groot. While we know that What If…? will focus on alternate realities of the Marvel Universe, not much is known about what to expect from I Am Groot. Hopefully, more details for the animated show will come out soon.

Comments Off on New MCU Series Makes History For Disney+