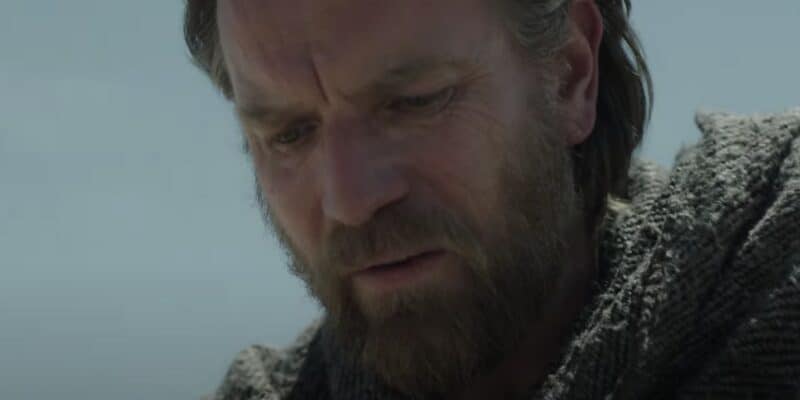 In just two months’ time, the most important project since Star Wars: Episode IV — A New Hope (1977) will debut on Disney+. Obi-Wan Kenobi comes shortly off the jetpack flames of The Book of Boba Fett — which largely left a sour taste in many fans’ mouths — and will release on May 25, 2022.

While much of the Star Wars fandom were bracing themselves for more sand and more Tatooine, a new announcement and the official trailer have shattered expectations and proved that Lucasfilm President Kathleen Kennedy was right after all.

Ewan McGregor will return as the iconic Jedi Master Obi-Wan Kenobi this May. The actor first appeared as the Jedi — which Alec Guinness made famous in his Academy Award-nominated role in George Lucas’ original trilogy  — in Star Wars: Episode I — The Phantom Menace (1999), going on to become a fan-favorite character throughout the prequel trilogy sequels, Star Wars: Episode II — Attack of the Clones (2002) and Star Wars: Episode III — Revenge of the Sith (2005).

Revenge of the Sith marked a huge moment for the Star Wars franchise as the disgraced Anakin Skywalker (Hayden Christensen) finally became Darth Vader in his fall to the dark side, and it is this dynamic in which the new series from director Deborah Chow and writer Joby Harold is rooted.

While the first scene of Obi-Wan Kenobi appears to have leaked, fans are pretty much in the dark when it comes to the overarching plot of the six-episode limited event series. One thing viewers can expect to encounter is the sandy dunes of Tatooine; the Disney+ series set 10 years after the events of Revenge of the Sith and finds McGregor’s Jedi hiding out on the desert planet, watching over a young Luke Skywalker in the wake of the fall of the Jedi Order.

The appearance of a Skywalker has been confirmed with the release of the official trailer so time on Tatooine is inevitable. Fans have had their fair share of the Dune Sea recently after The Book of Boba Fett spent most of its own six-episode run there. As Boba Fett (Temuera Morrison) and the mercenary Fennec Shand (Ming-Na Wen) took on Cad Bane and the Pyke Syndicate for Mos Espa, the general consensus was that fans wanted “no more sand!”

Star Wars does have an intrinsic link to Tatooine — it was essentially the birthplace of the franchise, who can forget Hamill’s Luke Skywalker stood looking at the famous twin suns while John Williams‘ score washes over the film? But there comes a point, four decades later, where enough is enough.

And, Star Wars just promised fans a “different lane” and “feeling” by debuting a brand-new planet for Obi-Wan Kenobi.

In a first look at the new Star Wars series from Entertainment Weekly, writer Joby Harold teased the exploration of an original location. The report said:

McGregor is all cloaked up again as Obi-Wan Kenobi, and he’s got places to go… like the new planet of Daiyu, which “sort of has a Hong Kong feel to it,” says writer Joby Harold. “It’s got a graffiti-ridden nightlife, and is kind of edgy. It’s just got a different lane and a different feeling.”

The vibe of Daiyu suggested here is seemingly reminiscent of the Coruscant underbelly we saw in Attack of the Clones when Jedi Master Obi-Wan and Jedi Padawan Anakin chased Zam Wessell (Leeana Walsman) after her attempted assassination of Padmé Amidala (Natalie Portman). Or, to switch franchises, Madripoor in the Marvel Cinematic Universe’s The Falcon and the Winter Soldier.

Hopefully, Obi-Wan Kenobi will spend more time off Tatooine than on it, and the trailer certainly suggests that. While the premise of a young Luke Skywalker is interesting, his use — albeit in a CGI fashion — in previous shows like The Mandalorian and The Book of Boba Fett gives Obi-Wan Kenobi the prime opportunity to explore other characters and other facets of the galaxy far, far away. That being said, rumors of Liam Neeson’s Qui-Gon Jinn possibly appearing as a Force Ghost in the Star Wars story are rife.

As well as the aforementioned cast, Bird Box (2018) star, Vivien Lyra Blair has been reportedly cast in Chow’s limited series, with rumors circulating that the actress will play a young Princess Leia Organa. The idea that McGregor’s Star Wars character could locate young Leia, possibly on Alderaan, is further established by the rumor that Jimmy Smits will return as Bail Organa for the Star Wars series.

It will be interesting to see more of what happened before that famous duel on the Death Star.

Are you happy that Star Wars is leaving Tatooine? Let us know in the comments down below!