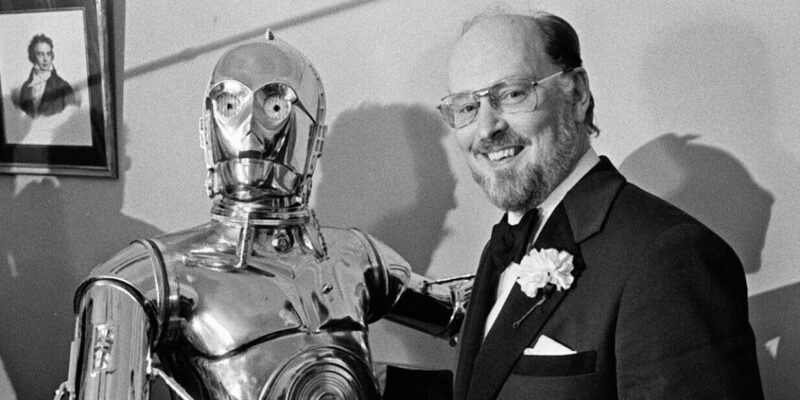 If there is one name that goes hand in hand with Star Wars, it is legendary composer John Williams. The musician brought the iconic Star Wars theme into the world with George Lucas’ Star Wars: Episode IV — A New Hope (1977), and now, over four decades later the 90-year-old will score the upcoming Disney+ limited event series, Obi-Wan Kenobi.

It won’t just be Ewan McGregor and Hayden Christensen that will be familiar this coming Spring as the new Star Wars series just added an icon to its creative team — John Williams is back!

More than two years after completing his ninth “Star Wars” movie, composer John Williams is returning to the Jedi fold with a theme for “Obi-Wan Kenobi,” Variety has learned.

Williams has written the musical signature for the continuing adventures of the character played by Ewan McGregor, airing on Disney Plus beginning May 25. He recorded last week with a Los Angeles orchestra under tight security, sources say.

Obi-Wan Kenobi wrapped last August, marking a momentous occasion for the Star Wars franchise as a whole. The return of Ewan McGregor and Hayden Christensen as Jedi Master Obi-Wan Kenobi and Anakin Skywalker/Darth Vader, respectively, will see the continuation of the catastrophic events featured in Star Wars: Episode III — Revenge of the Sith (2005).

This is a big deal for both The Walt Disney Company and Lucasfilm, as Williams rarely created music for television. Variety notes:

His last theme for a weekly dramatic series was “Amazing Stories” in 1985, although he has written two for PBS series (“Masterpiece Theatre” in 2000, “Great Performances” in 2009), and his news and Olympics themes, written decades ago, continue to air on NBC.

Williams also composed the music for Lucas’ prequel trilogy for the Star Wars franchise. However, when Lucasfilm took to the small screen with shows like The Mandalorian and The Book of Boba Fett, the beloved musician has surprisingly not worked on any of these projects. Williams’ involvement in Deborah Chow’s Obi-Wan Kenobi is likely to ignite even more excitement in Star Wars fans across the world.

Williams’ connection to Obi-Wan Kenobi can be traced as far back to 1977 when the composer scored Alec Guinness in A New Hope “with a theme that became better known as that of the Force (“the spiritual-philosophical belief of the Jedi Knights and the Old Republic,” as the composer explained in 1977)”.

As for the future, Williams’ work can next be heard on Steven Spielberg’s upcoming The Fabermans (2022), and the fifth installment in the Indiana Jones franchise, also coming this year.

Set 10 years after Revenge of the Sith, and nine years before A New Hope, Chow’s series will release on May 25, feature the “rematch of the century”, and hopefully provide answers about Luke Skywalker and Princess Leia Organa’s upbringing. For more on the Obi-Wan Kenobi television series, head here.

Are you excited to hear John Williams’ iconic music in Obi-Wan Kenobi? Let us know in the comments down below!