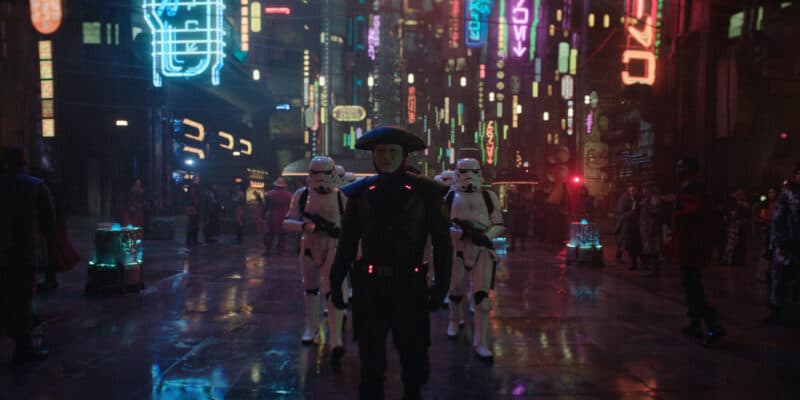 Obi-Wan Kenobi is going to be in a lot of trouble with the Galactic Empire hunting him down.

Fans are excited to see Ewan McGregor return to the Star Wars Universe. The highly anticipated series will explore a “broken” Kenobi who is still dealing with the aftermath of Star Wars: Episode III- Revenge of the Sith (2005). The Jedi Order is destroyed and the Jedi are now considered to be a myth.

Many fans were confused at how an entire galaxy could forget who the Jedi were in just twenty years. The Jedi Order had been around for thousands of years as protectors of the peace and then suddenly was forgotten after Order 66. At the end of the Clone Wars, the Republic fell, the Empire rose and ruled with an iron fist.

The Empire was able to make the galaxy forget who the Jedi were by aggressively hunting down any surviving Jedi. In the comics, Darth Vader leads the Inquisitors to hunt down several Jedi. With Kenobi, it seems that fans will be getting to see more of how horrifying the Empire can be with the dark side users.

The Inquisitors and Darth Vader’s main goal is to eradicate any Jedi that still breathes. Star Wars Rebels first introduced fans to the Inquisitors as they showed up when Kanan and Ezra both revealed that they were Jedi. This caused several Inquisitors to hunt the Jedi and once the Jedi hunters were defeated, they asked Vader to step in.

When it came to Kenobi, it seems that the story might be taking a similar approach. The Grand Inquisitor looks like he is trying to find Obi-Wan and will most likely lead him to inform Darth Vader about the Jedi master. Joby Harold, the head writer for Kenobi, revealed what he thinks about the Empire’s role in the series:

“The Empire is in the ascendancy. All the horrors that come with the Empire are being made manifest throughout the galaxy, so everything that was in the prequels has crumbled. The Jedi order are being all but wiped out, and those Jedi that have survived are on the run and they’re in hiding.”

Most fans remember the iconic moment in Star Wars: Episode V– The Empire Strikes Back (1980) where the Empire attacks the rebel base on Hoth. AT-ATs are reigning fire down with snow troopers swarming in to finish the job. It was one of the first moments besides the Death Star that fans had really felt how dangerous the Empire was.

Rogue One (2016) did show the might of the Empire on Jeddha, but Kenobi will be the first project with several dark side users. Four Inquisitors have already been spotted which means that the show will have at least six people with a lightsaber. Hopefully, this means that the series will have several lightsaber duels as there is a lot of potential for some crazy fights to happen.

Obi-Wan may have to fight several Inquisitors at once and it would be amazing to see the Jedi master be able to take down the dark side users with ease. After facing Darth Maul and General Grievous, fans know that Kenobi is no stranger to facing enemies with more than one lightsaber.

Kenobi will also introduce a new Inquisitor by the name of Reva played by Moses Ingram. She believes that her character will complete her mission “at all costs” due to her ambition:

“Reva is a boss. I mean, really like a full-on athlete. She is on a mission and will conquer that at all costs when given the opportunity. She is pretty badass.”

The Inquisitors will play a large role in the show and it will be interesting to see how they move the story forward in Obi-Wan Kenobi. Fans already know that the series will start on Tatooine before moving to other planets such as Daiyu. It’s a great time to be a Star Wars fan and it won’t be long until Kenobi will finally debut on Disney+.

Do you think the Inquisitors will fight Obi-Wan? Do you think fans will see a new side of the Empire? Let us know what you think in the comments section below!