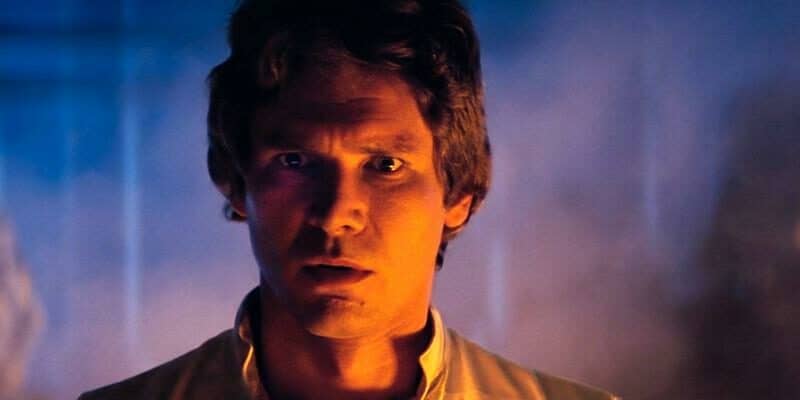 Harrison Ford is perhaps the Star Wars franchise’s most popular star. While George Lucas’ science-fiction space opera was held together with Mark Hamill’s Luke Skywalker, Ford, arguably, had the most blockbuster success during and following his tenure as the space smuggler and Millennium Falcon pilot, Han Solo.

Now, Han Solo is back with his partner-in-crime, co-pilot, and eventual fellow galactic hero, Chewbacca, in a new series from Marvel Comics, aptly titled “Han Solo & Chewbacca”. If the appearances of the fan-favorite duo and other Star Wars legacy characters like Greedo and Jabba the Hutt aren’t enough, Star Wars just gave the first canon appearance of Han Solo’s father for the first time ever.

The comic book event began this month and as well as giving fans one of cinema’s most iconic pairings and lots of returning characters, the series also did something quite remarkable: gave a first look at Han Solo’s father in the canon Star Wars universe.

It was initially rumored that the character found on the cover of Issue 3 could possibly be Han’s father after spiraling theories about the character’s involvement in this new Star Wars series. One article even noted the meta similarities between Ford’s father in the Indiana Jones franchise (Sean Connery) and this striking new character on the cover of “Han Solo & Chewbacca”.

In Star Wars Legends, the former Star Wars Expanded Universe, Han Solo’s father was Jonash Solo, who along with Han’s mother, Jaina Solo, disappeared early in their child’s life and rendered him an orphan at age seven. In the official Star Wars canon, there has nary been a significant mention of Han Solo’s father throughout the franchise’s four-decade history.

The Solo Star Wars movie had a brief mention of Han’s dad (as well as Maul’s Crimson Dawn), as did the novelization of the anthology film. But, for the first time ever, Star Wars has shown what Han’s father — Ovan — looks like, confirming earlier theories that he is the character from an upcoming issue’s cover.

Move over Luke Skywalker, you aren’t the only one with a bad father figure. In the first issue of “Han Solo & Chewbacca” from Marc Guggenheim and David Messina, the story ends on a climactic cliffhanger involving Han drinking and talking with an older, eye-patched, gentleman — the one seen on the cover of the upcoming third issue.

In a conversation about Han’s father, who he confirms is Ovan — or that’s what “people called him” –, the other character is flabbergasted, realizing that the person he is talking with is none other than his son.

You can view the pages with Ovan’s first look from “Han Solo & Chewbacca #1” below.

Only time will tell if this character is exactly who he says he is. And whether Ovan is the reason why Han Solo ultimately ends up joining the Rebel Alliance and helping to destroy the Death Star in the Star Wars Saga.

As for Harrison Ford, the 79-year-old actor has just finished filming Indiana Jones 5, in spite of an onset injury. For the galaxy far, far away, Ford has been rumored to have been on a Star Wars set, some thought it was for an appearance in The Book of Boba Fett (Hamill, of course, returned albeit in CGI fashion) but, alas, that did not come to fruition. There is still a chance the iconic character could turn up somewhere down the line in the Star Wars universe — it’s not like Lucasfilm is short on projects…

What do you think of the first canonical appearance of Han Solo’s father? Let us know in the comments down below!