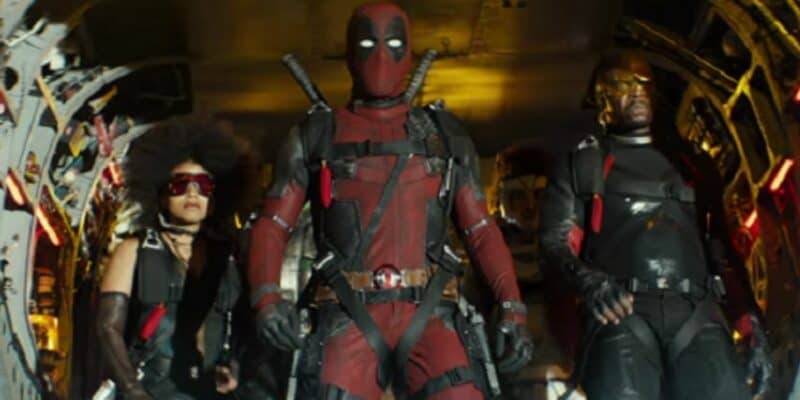 Marvel Studios seems to be taking their time adapting Deadpool 3 for the MCU. Disney bought 20th Century Fox in 2019, and since then, the news for the Marvel Cinematic Universe’s first R-rated film has been slow. Kevin Feige confirmed that Ryan Reynolds will reprise his role as Wade Wilson/Deadpool AKA the Merc with a Mouth, but fans are still concerned they will get a water-downed version of the mutate. Zazie Beetz has not been confirmed to return as Domino, and Bella Thorne (Shake It Up) has thrown her name in the ring to play another female character in the Deadpool franchise – Lady Deadpool.

Bella Thorne has been interested in playing Lady Deadpool since 2016 and recently confirmed with ComicBookMovie.com that her desire has not wained. She said:

“Yes, superheroes are definitely fun. I love action stuff, naturally, and I do a lot of action stuff with stunts and whatnot. It’s just always really fun on set and it breaks up the work day when you get to concentrate on the body and feel and how to perform not just using your voice. That’s always really fun for me. Deadpool is my favorite. It’s so raunchy and, hello, who doesn’t love Ryan Reynolds? He just f***ing nails that role to the floor.

“What I love about Deadpool is that realism mixed with the, you know, superhero world. It’s something where we feel we can talk to this superhero now in today’s day while still having them be a superhero. I love that shit. Like, The Boys? Love that TV show.”

When the topic of Deadpool 3 came up, Bella Thorne told Marvel Studios, “Guys! I’m here. Where are you at?”.

Related: Marvel Fan Drops $2.4 Million on Merch That Started It All

Bella Thorne got her big break on the Disney Channel show Shake It Up, where she played CeCe Jones. Disney officially describes the series as:

“Cece Jones and Rocky Blue are two ambitious pre-teen girls growing up in Chicago with the dream of becoming professional dancers. They get the opportunity after auditioning for and earning a spot on the popular weekly dance show, Shake It Up, Chicago! CeCe’s goals are supported for the most part by her single mother Georgia, as long as she helps out with Flynn, her mischievous younger brother. Ty, Rocky’s older brother, offers his encouragement, as does Deuce, their mutual friend. Devious exchange students Gunther and Tinka, who also want to dance competitively, constantly try to undermine the girls’ goals.”

She is currently promoting her new role as Taz in Measure of Revenge. She is working with Academy Award-winner Melissa Leo, who thinks Bella would be perfect for playing Lady Deadpool.

Who is Lady Deadpool?

Wanda Wilson, AKA Lady Deadpool, is a female variant of Deadpool from the alternate reality Earth-3010 was first introduced in Deadpool: Merc with a Mouth #7 (2010) by Victor Gischler and Rob Liefeld. She appeared less than two dozen times before being killed Deadpool Kills Deadpool (2013) by Cullen Bunn.

Rob Liefeld has said in the past if anyone were to play Lady D in live-action, he wanted Game of Thrones star Lena Headey.

She is a member of the Deadpool Corps, which includes variants of Deadpool like Kidpool, a child variant, Dogpool a dog variant, Headpool, the decapitated head of Zombie Deadpool, and Pandapool. They were short-lived characters who made a major impact on Deadpool fans.

Marvel’s Phase Four has been focusing on the Marvel Multiverse. Loki starring Tom Hiddleston, introduced the Sacred Timeline and the idea of variants. Spider-Man: No Way Home (2021) focused on three variants of the same character – Peter Parker/Spider-Man, played by Tom Holland, Andrew Garfield, and Tobey Maguire. And Doctor Strange in the Multiverse of Madness (May 6, 2022) will change everything fans know about the Marvel Universe.

Deadpool 3 has no release date.  Bob’s Burgers’ Molyneux sisters, Wendy Molyneux and Lizzie Molyneux-Loeglin, are working on the script with Ryan Reynolds. Fox’s Deadpool (2016) and Deadpool 2 (2019) were directed by Tim Miller, who has been replaced by Free Guy (2021) director Shawn Levy.

Let us know in the comments if you think Kevin Feige should consider Bella Thorne as Lady Deadpool?