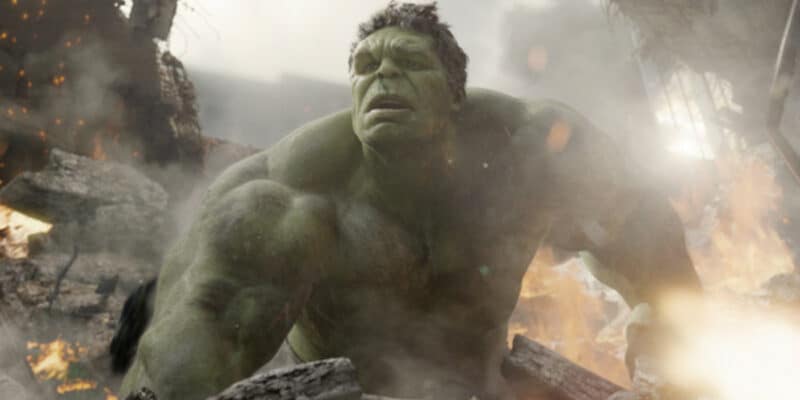 For some time, Renner’s Hawkeye was the only character in the super hero group who had not received a standalone project — although Johansson’s Black Widow (2021) movie faced numerous delays due to COVID-19  and did not drop until a year after it’s original release date — but that all changed when the six-episode Hawkeye series landed on Disney+ in December 2021.

Hawkeye saw Renner attempting to get home from New York City to spend Christmas with his family but, unsurprisingly, hijinks ensue — in this case largely with LARPers and the Track Suit Mafia — and Renner ultimately teams up with MCU newcomer, Kate Bishop (Hailee Steinfeld).

New fan-favorite character Yelena Belova (Florence Pugh), who made her debut as Natasha’s “sister” in Johansson’s aforementioned origin story film, also appears in the show. Seemingly, though, none of Ruffalo’s other original Avengers costars had anything to do with the project.

Now, it has been confirmed that there was, in fact, a Hulk cameo in Hawkeye, but Ruffalo himself wasn’t on set for the appearance. Instead, CGI technology was used to insert the super hero into a specific flahsback scene in which a young Kate Bishop watches the Battle of New York rage outside of her home.

As the shot frames Kate staring at the alien-invaded Stark Tower in front of her, fans can spot Hulk leaping up through the air on the left side of the tower.

Unfortunately for the big green guy, a Chitauri soldier spots him mid-air and blasts him with its alien weaponry, resulting in an explosion that sends Hulk spiraling into an opposite building.

Papaix later confirmed Hulk’s appearance, saying, “It is indeed Hulk jumping from building to building and getting a blast from a Chitauri weapon.”

While the cameo does not exactly alter the storyline of The Avengers (2012) in any way, it is notable because it adds an extra layer of importance to the Hawkeye flashback scene, as we know now even more about the events of the Battle of New York, including additional details about what happened to Hulk as the fray raged.

Did you notice Hulk in Hawkeye?

Mark Ruffalo returns to the Marvel Cinematic Universe in She-Hulk this year. Tatiana Maslany stars in the title role with rumors that Charlie Cox’s Daredevil/Matt Murdock will play a key role.