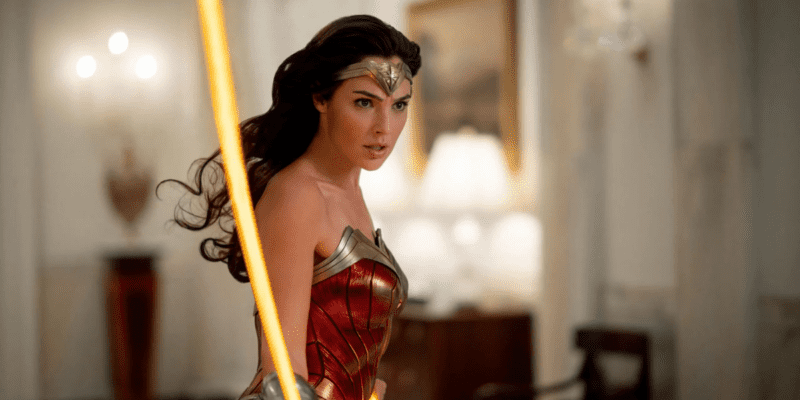 DC’s Wonder Woman 1984 (2020) was met with devastating reviews, with many slamming director Patty Jenkins and star Gal Gadot over the superhero. But, one Marvel director just called out the movie over a “disgrace” over cultural representation.

While the movie offered many exciting moments and actor, Pedro Pascal shined bright as Maxwell Lord, the movie’s antagonist, WW84 scored a low 5.4/10 on IMDb and received loads of backlash and hate on social media.

Gal Gadot has been controversial in recent times, with 20th Century’s disputed Death on the Nile (2022) being banned in multiple countries over cultural clashes over Gadot serving in Israel’s Defense Forces for two years.

#MoonKnight director Mohamed Diab says #WonderWoman1984’s Egyptian scene is a disgrace. “I remember seeing Wonder Woman 1984 and there was a big sequence in Egypt and it was a disgrace for us,” he said.

#MoonKnight director Mohamed Diab says #WonderWoman1984's Egyptian scene is a disgrace. "I remember seeing Wonder Woman 1984 and there was a big sequence in Egypt and it was a disgrace for us," he said. (Via: @GamesRadar) pic.twitter.com/0j26hcQEma

Marvel character Marc Spector is the son of a Rabbi who would later go on to defeat anti-semites. Nonetheless, Moon Knight comic creator Alan Zelentz claimed that Marvel is erasing Jewish culture from their Marvel collection.

He told Jewish-American outlet The Forward:

“They’re certainly not bound by any origins. All of a sudden the Jews need to be represented. Moon Knight has to be Jewish — ‘Oh, we’re watching Marvel! The boycott is around the corner.’ I can smell blood in the water already! ‘How could they not make him Jewish? Oscar Isaac is not Jewish, even though he has the name ‘Isaac.’ And they’ve got an Egyptian director — what’s going on here?’”

Moon Knight series director Mohamed Diab is throwing stones towards Gal Gadot and the misrepresentation in an Egyptian sequence in Wonder Woman 1984 that features Pedro Pascal’s Maxwell Lord strongarming a powerful Egyptian dictator into giving up his oil reserves and more.

“You never see Cairo. You always see Jordan shot for Cairo, Morocco shot for Cairo, sometimes Spain shot for Cairo. This really angers us. I remember seeing Wonder Woman 1984 and there was a big sequence in Egypt and it was a disgrace for us. You had a sheik – that doesn’t make any sense to us. Egypt looked like a country from the Middle Ages. It looked like the desert.”

Diana Prince lives quietly among mortals in the vibrant, sleek 1980s — an era of excess driven by the pursuit of having it all. Though she’s come into her full powers, she maintains a low profile by curating ancient artifacts, and only performing heroic acts incognito. But soon, Diana will have to muster all of her strength, wisdom and courage as she finds herself squaring off against Maxwell Lord and the Cheetah, a villainess who possesses superhuman strength and agility.

Do you think Wonder Woman 1984 represented Egyptian culture accurately? Let us know in the comments below!