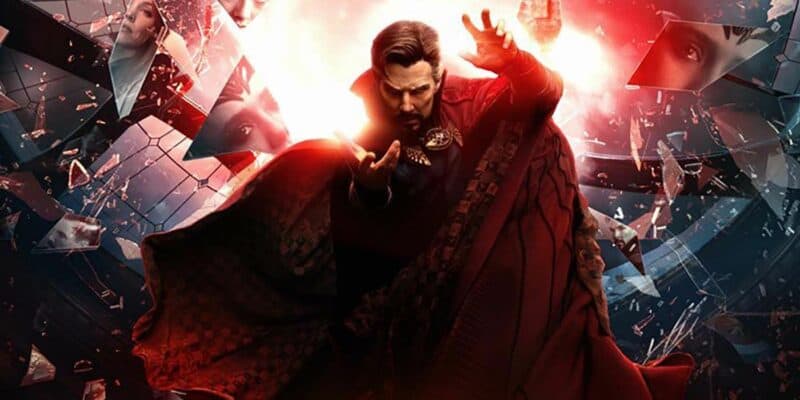 Marvel fans are waiting (not patiently) for Doctor Strange in the Multiverse of Madness to hit theaters on May 6, 2022. They have watched and re-watched the two trailers that dropped as the post-credit scene of Spider-Man: No Way Home (2021) and during Super Bowl LVI. The second Doctor Strange trailer was the most viewed drop from the Super Bowl and is still climbing the charts as MCU fans break it down frame by frame.

But for those brave enough to face the comment section of the trailer on YouTube, they will find fans getting called out for making the same ridiculous mistake.

Doctor Strange in the Multiverse of Madness will introduce a new Young Avenger to the Marvel Cinematic Universe, America Chavez AKA Ms. America (Xochitl Gomez).  However, it seems some Marvel fans are having trouble telling Ms. America apart from another young girl of color set to show up in Marvel’s Phase Four – Kamala Khan/Ms. Marvel (Iman Vellani).

According to the comment section, the confusion stems from the fact that they both wore jean jackets in the teasers for their upcoming premiers. Apparently, there is no other way to tell characters apart.

Naturally, other Marvel fans quickly pointed out the mistake every time it showed up under the video. Some were kinder than others. Ms. Marvel News took to Twitter to vent their frustration that the error keeps happening, saying:

“These two are not the same girl, please stop. #MsMarvel #drstrangeinthemultiverseofmadness #DrStrange2”

The mistake feels more egregious since fans have no problem easily identifying and telling apart other characters in Doctor Strange 2. This includes the four variants of Doctor Stephen Strange, all of which are played by Benedict Cumberbatch.

America Chavez was Marvel’s first Latin-American LGBTQ character to star in an ongoing series, and she is preparing to break new ground when she debuts in the MCU. She was born in another dimension known as the Utopian Parallel and can kick star portals through the Marvel Multiverse.

Operating out of Jersey City, New Jersey, Kamala Khan is an Inhuman who gains polymorphic or size and shape-changing abilities after being exposed to Terrigen Mist. She took on the mantle of her favorite female superhero Captain Marvel/ Carol Danvers (Brie Larson).

She will make her Marvel Cinematic Universe at some point in Marvel’s Phase 4. Her series Ms. Marvel which will stream on Disney+, has been delayed multiple times following controversial changes that Kevin Feige and Marvel Studios have made to her character, including erasing her stretching power. 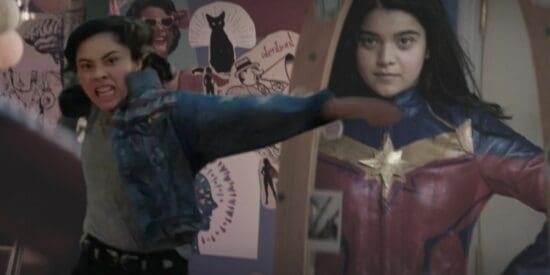 Doctor Strange in the Multiverse of Madness is premiering soon. Its list of expected cameos might be even more ambitious than Tom Holland’s third outing as Peter Parker/Spider-Man, No Way Home. Marvel’s first horror film, directed by Sam Raimi, will blow up the Marvel Multiverse.

Kamala Khan will also appear in Captain Marvel 2, The Marvels (February 17, 2023), with Captain Marvel and Monica Rambeau (Teyonah Parris). Hopefully, Marvel fans will be able to tell them apart before they team up for the rumored Young Avenger series.

Let us know in the comments if you are excited for both their premiers in the MCU.