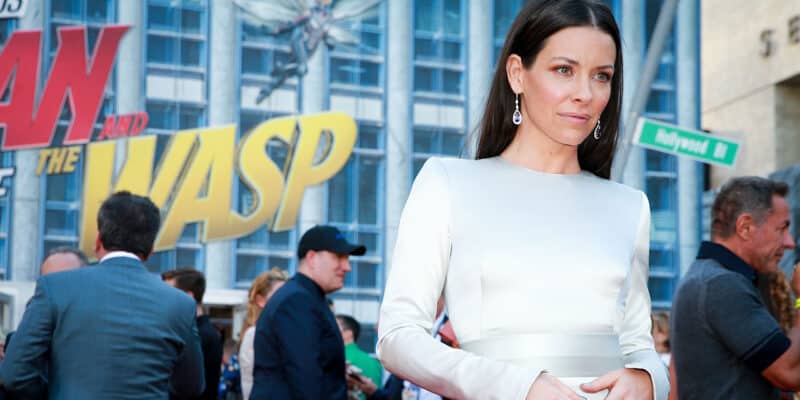 If you have followed the Star Wars franchise for any length of time, you’re probably familiar with the controversy surrounding former Mandalorian actress, Gina Carano, that began in 2020 and culminated with her firing in February 2021.

Carano, who played New Republic Marshal Cara Dune on  Jon Favreau and Dave Filoni’s hit Star Wars series, The Mandalorian — was ultimately let go by Lucasfilm and The Walt Disney Company due to her controversial Tweets about social justice and political topics.

Before Carano was fired, she divided the Star Wars fandom, with hashtags like #FireGinaCarano, #WeLoveCaraDune, and #IStandWithGinaCarano alternately trending on social media. It is worth noting that Favreau, Pedro Pascal (Din Djarin), Katee Sackhoff (Bo-Katan Kryze), Ming-Na Wen (Fennec Shand), Giancarlo Esposito (Moff Gideon), and Carl Weathers (Greef Karga) have all expressed support for the former women’s MMA and Muay Thai fighter at various points throughout the situation.

Now, another actress who works for a  Disney subsidiary, Marvel Studios’ Evangeline Lilly (Hope Pym/The Wasp), is reportedly in hot water with the company for a similar reason. Recently, Lilly made waves online for backing the Canadian trucker protests and blasting Canada’s Prime Minister Justin Trudeau.

A new rumor circulating online indicates that Lilly could be facing the “Gina Carano treatment” and ultimately be fired from her Marvel Cinematic Universe role for her online activity. One recent report indicated that Kevin Feige’s Marvel Studios is considering ending its professional relationship with the actress after the third Ant-Man movie, Ant-Man and The Wasp: Quantumania (2023), but no concrete decisions have been made at this time.

Ant-Man and The Wasp: Quantumania has been filming and is due to hit theaters on July 28, 2023.

The official description of the MCU’s original Ant-Man movie reads:

The next evolution of the Marvel Cinematic Universe brings a founding member of The Avengers to the big screen for the first time with Marvel Studios’ “Ant-Man.” Armed with the astonishing ability to shrink in scale but increase in strength, master thief Scott Lang must embrace his inner-hero and help his mentor, Doctor Hank Pym, protect the secret behind his spectacular Ant-Man suit from a new generation of towering threats. Against seemingly insurmountable obstacles, Pym and Lang must plan and pull off a heist that will save the world.

The official description of the second movie in the MCU’s Ant-Man franchise reads:

From the Marvel Cinematic Universe comes a new chapter featuring heroes with the astonishing ability to shrink: “Ant-Man and The Wasp.” In the aftermath of “Captain America: Civil War,” Scott Lang (Paul Rudd) grapples with the consequences of his choices as both a Super Hero and a father. As he struggles to rebalance his home life with his responsibilities as Ant-Man, he’s confronted by Hope van Dyne (Evangeline Lilly) and Dr. Hank Pym (Michael Douglas) with an urgent new mission. Scott must once again put on the suit and learn to fight alongside The Wasp as the team works together to uncover secrets from their past.

Do you think Evangeline Lilly will be fired from Disney for her political views?