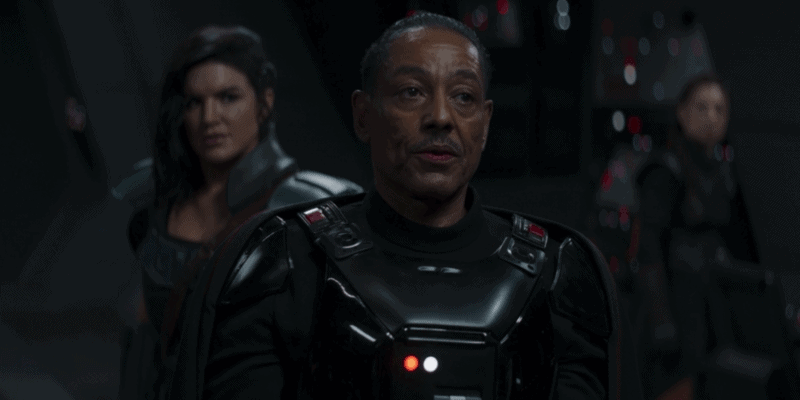 Former Star Wars actress Gina Carano (Cara Dune) garnered a great deal of online controversy last year throughout the airing of The Mandalorian Season 2 before being fired by Lucasfilm and The Walt Disney Company in February 2021.

Due to a number of controversial Tweets, Carano divided the Star Wars fandom, with hashtags like #FireGinaCarano, #WeLoveCaraDune, and #IStandWithGinaCarano alternately trended on social media.

Carano has been vocal about her distaste for Disney and Lucasfilm, publicly stating that she was “bullied” by the powers-that-be and sharing that her new project with Ben Shapiro’s Daily Wire will “take down the Death Star”.

“I loved working with her. She’s warm, and beautiful, and wonderful … I don’t care what her politics are … She came to acting late and was so raw and original”

"I loved working with her. She’s warm, and beautiful, and wonderful … I don’t care what her politics are … She came to acting late and was so raw and original"

Interestingly, Esposito has been vocal about his support of COVID-19 vaccine mandates, which is something Carano seems to strongly oppose from her social media posts.

Could Gina Carano return to the Star Wars universe?

As for the daughter of NFL Dallas Cowboys quarterback Glenn Carano, her return to the Star Wars galaxy has not been confirmed, though a new rumor indicates she could be back for The Mandalorian Season 4 thanks to support from showrunner Jon Favreau and Pascal.

Lucasfilm has confirmed they will not recast New Repulbic Marshal Cara Dune and paused “active development” of her spinoff show, Rangers of the New Republic.

Do you want to see Gina Carano’s Cara Dune come back to the Star Wars galaxy?