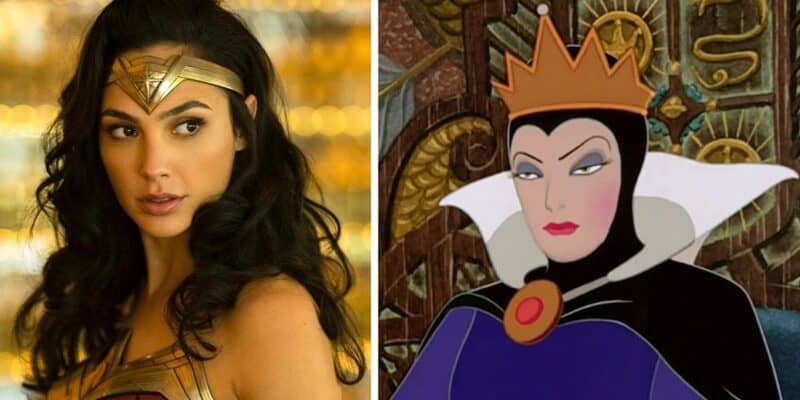 Big news announced as it has been revealed that Gal Gadot will be the Evil Queen in Disney’s live-action film, “Snow White”. Social media is filled with a mix of reactions to the news of Wonder Woman turning Evil Queen. Fans react, questioning does Gal Gadot have what it takes?

Deadline reported in an exclusive: “Sources tell Deadline that Gadot is in final negotiations to play the Evil Queen in Disney’s live-action adaptation of Snow White, the one that started it all for the studio’s legendary slate of animated features. Rachel Zegler is set to play the titular character, with Marc Webb directing and Marc Platt producing. Production is expected to start in 2022.”

Disney’s live-action film will expand upon the original Snow White and the Seven Dwarfs animated film released in 1938 as Disney’s inaugural animated feature. With any Disney film, the music needs to be paramount. It looks as though Disney has brought in Benj Pasek and Justin Paul, the Oscar and Tony-winning duo to write new songs for the movie.

Gadot has kept busy recently with last year’s Wonder Woman: 1984. She is also staring in Red Notice with Dwayne Johnson and Ryan Reynolds which will be released on Netflix on November 12. Gadot is also developing and producing Cleopatra at Paramount and can be seen in Death on the Nile, along with shooting Netflix’s Heart of Stone.

Fans have taken to social media to react to the news. Responses of doubt and miscasting are plentiful amidst a couple of excited fans. Comments include everything from a simple, “NO” to “Too pretty. Bring back character actors” and “She doesn’t have the acting talent to pull this off.” Check out some of the tweets below:

Do you think Gal Gadot will make a good Evil Queen? Let us know in the comments.