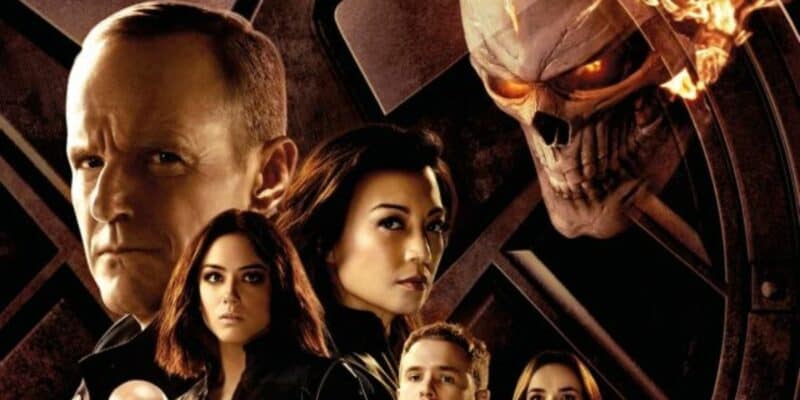 Marvel Studios might have just created chaos by pushing back much of its Phase Four release schedule but that just gives fans more time to speculate about what could be coming down the line. Gabriel Luna (Agents of SHIELD) has given them a reason to wonder if Ghost Rider could be making a return to the Marvel Cinematic Universe.

Related:  ‘Spider-Man’ Actor Appearing in ‘Doctor Strange 2,’ According to Google

Recently, CBS-owned Comicbook.com hosted Hellfire and Brimstone: A Celebration of Marvel’s Ghost Rider just in time for Halloween. As part of the event, they sat down with Gabriel Luna, the actor who portrayed Ghost Rider/Robbie Reyes in ABC’s Agents of SHIELD series. When asked about if he had considered returning as the Spirit of Vengeance, he told them:

“You never say no. You always say that it comes down to the story […] If it’s a great story and it makes sense and if I still feel the way I felt when I was reading for Jed and Moe that first day with Sarah Finn, it was a few years back, if I still feel it’s just like breathing, that’s what I felt with the character previously, then absolutely.”

Luna was last seen in Agents of SHIELD Season 4, currently available for streaming on Netflix. He took the Darkhold back to the Dark Dimension. Though if those events are canon in the MCU’s Sacred Timeline is up for some debate.

The Darkhold has since returned in Marvel Studios’ Disney+ series WandaVision. And Luna jumped in on the moment joking he had been hiding the Spellbook under his mattress, which had fans begging for his return. He almost got a spin-off on Hulu, but it was later canceled.

Luna commented on what made his portrayal so special to him and Marvel fans, telling Comicbook.com:

“That’s what I loved about Felipe [Smith]’s writing was just the soulful nature of Robbie as this intelligent young man. His responsibility, his paternal nature, all these really beautiful qualities that he had that existed in the prior iterations. So that’s what I love about this particular Ghost Rider and it all comes from Robbie and just his … I always said in interviews it’s his love for his family, his love for his brother is the superpower, and that’s what gives him the ability to rein in the flaming head.”

Sony Pictures produced their own version of the Ghost Rider back when they held the film rights. Ghost Rider (2007) and Ghost Rider: Spirit of Vengeance (2011) starred Nicolas Cage as Johnny Blaze. Both movies were relative successes but did not receive as much fan love as Luna’s take on Robbie Reyes. The rights have since returned to Marvel Studios.

Since then, some leaks have suggested that Ghost Rider might appear Doctor Strange in the Multiverse of Madness but those leaks did not indicate which version of the character could show up. The Doctor Strange (2016) sequel was one of the films recently delayed, so that gives more time for Luna to be invited to return.

If any version of Ghost Rider does show up in the MCU it opens the door for the rumored Midnight Sons spin-off of Moon Knight starring Oscar Isaac as Marc Spector. Or even something like the Thunderbolts, of which Johnny Blaze was a member. But for now, it is all hopeful wishing.

Let us know in the comments if you want Gabriel Luna to return as Ghost Rider in the MCU.