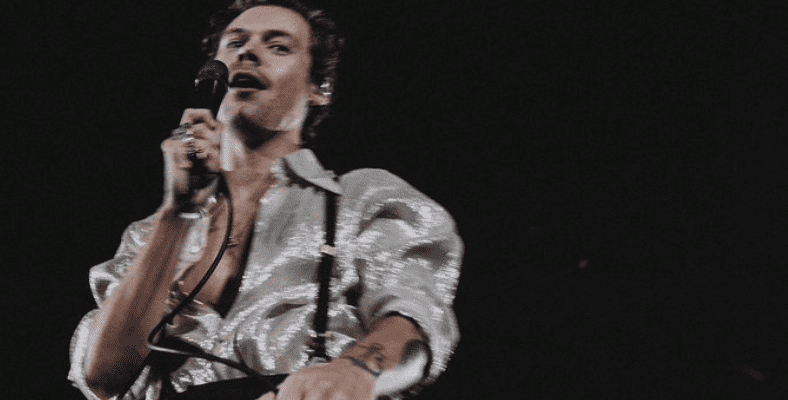 Superstar or super hero? According to a report by The New York Post, a major worldwide entertainer will be the newest addition in the Marvel Cinematic Universe.

Global superstar and actor, Harry Styles, is the newest celebrity to be added to the Marvel Cinematic Universe. Harry is known for his groundbreaking stardom, talent, and critical acclaim of his music — now, Marvel fans will be glad to know that his IMDb page has been updated to indicate that he is involved in Marvel’s Eternals (2021), the highly anticipated upcoming MCU film.

**SPOILERS AHEAD For Marvel’s Eternals**

Last night at the movie’s official premiere, it was reported that during the post credits scene, Harry appeared as Eros (Starfox), who is the brother of Thanos (Josh Brolin). Audience members reportedly screamed in excitement to see the young star has been added to the MCU’s already star-studded lineup of A-list talent.

One possible reason for Eros’s appearance could be that an origin story of Thanos is in the works following his death in Avengers: Endgame (2019). Brolin has recently hinted that he wants to return to the MCU.

“When Harry Styles shows up in the MCU. Audience squealed.”

When Harry Styles shows up in the MCU. Audience squealed.

An official Marvel biography of Eros (Starfox) has been posted below.

“Born on Titan, moon of Saturn, Eros is an Eternal who loves life, adventure, and romance, earning the nickname Knave of Hearts. He joins Earth’s Avengers as Starfox.”

We previously reported on the Eternals special screening event, which will take place a day before the premiere, happening at the famous El Capitan Theater in Los Angeles on Monday night. A ticket costs $50 and will include a reserved seat and the ability to view all ten costumes worn by the characters in the film.

As we previously reported, Eternals is already breaking box office records in advanced ticket sales. Car manufacturer Lexus has even sponsored the film by releasing a lineup of 10 concept vehicles dedicated to the Eternals characters you will be able to see in the film.

You can view an official clip from the movie below:

Are you excited to see Eternals once it premieres? Be sure to let us know in the comments!

Comments Off on Global Superstar Joins the Marvel Cinematic Universe