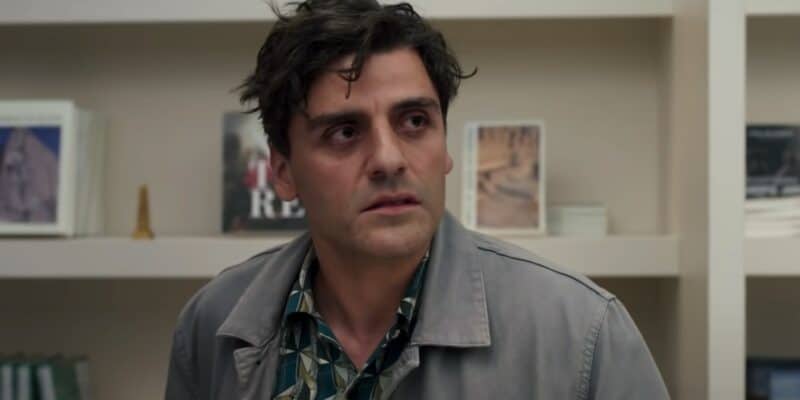 Although it feels like Isaac is all about Moon Knight at present, the popular actor will likely be looking ahead to his future projects and it has been reported that he has exited talks to star in one significant blockbuster movie from legendary director, Francis Ford Coppola.

Slater’s Moon Knight television series sees Isaac tackle the Marvel Comics character of the same name for the first time in live-action. Kevin Feige’s Phase Four of the MCU is growing exponentially on the big screen and on Disney+ it’s a similar story. In its ability to pad out the overarching saga with series’ like WandaVision, The Falcon and the Winter Soldier, Loki, and Hawkeye, the franchise can successfully introduce new characters and storylines from the Marvel Universe on a smaller scale.

Joining Slater, who also serves as head writer, will be series director lead, Mohammed Diab. Moon Knight follows Isaac’s Spector, an individual with dissociative identity disorder, dealing with a conspiracy involving Egyptian gods and his own multiple personalities, including becoming the conduit for the moon god Khonshu. Loki Season 2 directors Justin Benson and Aaron Moorhead have also directed episodes for the series.

The series is perhaps one of the MCU’s most mysterious due to the more obscure nature of the main character, a character first created by Doug Moench and Don Perlin, but ardent supporters of Moon Knight have recently blasted Marvel for not celebrating Spector/Grant’s Jewish heritage — something which they have recently rectified.

Most recently, Isaac appeared in Denis Villeneuve’s sci-fi epic, Dune (2021), which landed itself numerous nominations, including Best Picture, at the 94th Academy Awards.

Now, in a new report, it seems that Isaac has dropped out of negotiations to star in Francis Ford Coppola‘s upcoming movie:

After being attached to lead Megalopolis for a long time now, Golden Globe winner Oscar Isaac (Ex Machina, Moon Knight) has reportedly exited Francis Ford Coppola’s long-in-development epic drama film, according to Showbiz 411.  The outlet notes that casting search for a new lead actor is currently underway, with Coppola planning to start its production this September in New York.

According to IMDb Megalopolis (TBD) is about “an architect [who] wants to rebuild New York City as a utopia following a devastating disaster.” At present, Zendaya (Dune), Michelle Pfeiffer (Ant-Man and the Wasp), and Cate Blanchett (Nightmare Alley) are attached to star alongside Isaac in the epic from the Godfather (1972) director but no official announcements have been made.

What has been made clear, however, is that the reported film budget between $100-$120 million will be mainly financed by Coppola himself.

No reason has been given as to why the Star Wars actor has exited talks over Megalopolis, but as with many actors, scheduling is a likely issue. For Isaac, he is attached to a variety of upcoming projects.

Following his stint in the Moon Knight limited series, Isaac is tapped to star and produce in The Great Machine (TBD), appear in Ben Stiller’s science-fiction film, London (TBD), and as Solid Snake in Metal Gear Solid (TBD) from director Jordan Vogt-Roberts. Last year, Isaac was cast in an untitled project with Christopher Walken and Sam Rockwell.

There is also a chance that the limited six-episode Moon Knight series could be extended into a multiple series affair. Creatives have stated interest in pushing Marc Spector’s story further, with some even saying that Moon Knight could be an MCU mainstay for 10 or more years. If that’s the case, then his quitting of Coppola’s movie may signal an extended contract with Marvel Studios.

Are you looking forward to Moon Knight? Let us know in the comments down below!