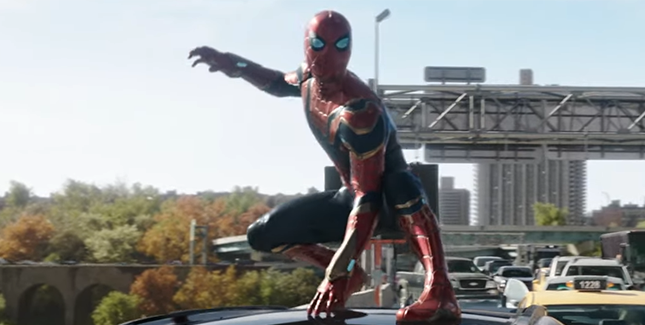 Although Spider-Man: No Way Home won’t join other Marvel Cinematic Universe films on Disney+ for quite some time due to Sony Pictures’ licensing deals, the movie’s digital download version will become available tomorrow, March 15, 2022.

One article noted that “Vudu, Apple, and Google Play all confirm the new date on their respective pre-order pages for the digital version of the Marvel Cinematic Universe flick.”

Now, ahead of the record-breaking Marvel movie’s digital download debut, Marvel Studios and Sony Pictures have released the first ten minutes of the film for free online. You can view the streaming clip below:

At the time of publication, it remains unclear if Sony Pictures and Marvel Studios will continue their collaborative efforts on the Spider-Man franchise. Spider-Man producer Amy Pascal has already teased a fourth Spider-Man collaboration — and an entire second trilogy, in fact — between the two studios, but Sony Pictures was quick to note that this has not yet been officially confirmed.

What do you think about the opening sequence of Spider-Man: No Way Home being released?

Comments Off on ‘Spider-Man: No Way Home’ Is Already Streaming (Sort Of)