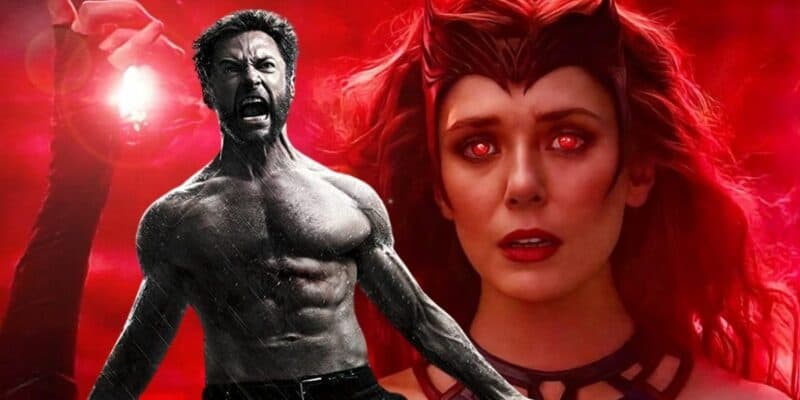 Since Disney bought 20th Century Pictures and brought the rights to the X-Men from Fox to Marvel Studios, fans have been waiting for the mutants to show up in the Marvel Cinematic Universe. Every new Marvel Phase Four project got a new theory and each has left Marvel fans with some level of disappointment. Evan Peters was not actually playing Pietro Maximoff/Quicksilver in WandaVision, and Loki did not travel to an alternate timeline with mutants. Now fans have their eyes trained on Doctor Strange in the Multiverse of Madness (May 6, 2022) to see if Wanda Maximoff/Scarlet Witch (Elizabeth Olsen) and Doctor Stephen Strange (Benedict Cumberbatch) will bring the mutants to the MCU.

One fan theory has suggested that the Marvel Cinematic Universe could use Wanda’s reality-warping chaos magic to create the X-Men. Were the citizens of Westview in WandaVision set to become mutants after being trapped in the Scarlet Witch’s hex? Kevin Feige and Marvel Studios have been teasing the debut of characters like Logan/Wolverine by taking Sam Wilson/Captain America – the superhero formally known as Falcon (Anthony Mackie) and Bucky Barnes/Winter Soldier (Sebastian Stan) to Madripoor.

Now it seems that Marvel fans will be getting their wish of seeing some of Fox’s X-Men in the Doctor Strange (2016) sequel. The trailer confirmed that Sir Patrick Stewart will be one of the cameos in Doctor Strange 2, presumably as a variant of Charles Xavier/Professor X, and introduce not only the Marvel Multiverse’s first official mutant but Marvel’s Illuminati. So when can Marvel fans expect the mutants to meet the Avengers?

A new theory from New Rockstars suggests that the Avengers have already met the mutants, but just like Doctor Strange erasing Peter Parker/Spider-Man (Tom Holland), Wanda erased them before the events of Iron Man (2008) and so no one even remembers the mutants. The entire MCU has taken place after the events of Wanda’s most infamous Marvel Comics arch – House of M (2005) by Brian Michael Bendis.

House of M has Scarlet Witch in similar circumstances that WandaVision left Wanda Maximoff. She lost her twin sons Billy/Wiccan (Julian Hilliard) and Tommy/Speed (Jett Klyne) after realizing they were not real but rather something that she created using her magic. The trauma from that loss caused her to change the world so that mutants ruled over humans.

However, when she realized that this was a mistake, she uttered her iconic line of “No More Mutants” and wiped out over 90% of all the mutant powers in would be called M-Day.

New Rockstars’ theory is that the truth that he needs to reveal to Doctor Strange is that Marvel Universe fans have been watching for 20 years is actually taking place in a pocket dimension created by Wanda. And that at the end of the Marvel movie directed by Sam Raimi, the main timelines will be released and mutants will return.

Doctor Strange in the Multiverse of Madness will introduce America Chavez (Xochitl Gomez) this summer. Joining her, Doctor Strange and Wanda will be Wong as the Sorcerer Supreme (Benedict Wong), Mordo, (Chiwetel Ejiofor), Rintrah (Adam Hugill), and potentially other characters from the Marvel Universe.

Let us know in the comments if you like this theory that the MCU exists post-House of M or if you have a better theory for how mutants like Wolverine, Scott Summers/Cyclops, Jean Grey, and Ororo Munroe/Storm could appear in the Marvel Universe.

Comments Off on Did Scarlet Witch Already Wipe Out the Mutants in the MCU?