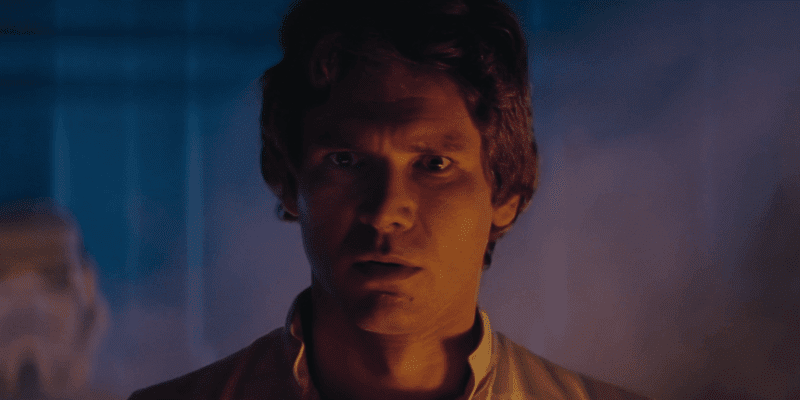 Franchises like Star Wars often use extended media to connect their universe together. Whether it’s cameos in live-action or detailed reveals in novelizations, the Star Wars galaxy is an ever-growing being.

And now, a new Star Wars story reunites an important duo that has been years in the making.

In recent years, Star Wars has been implementing new stories and adventures within the galaxy, seemingly to connect its mainstream movies. When The Walt Disney Company bought Lucasfilm in 2012, the Star Wars canon saga existed as a series of six films — George Lucas’s original and prequel trilogies — and the animated television series, Star Wars: The Clone Wars.

Now, nine years later, the Star Wars franchise is expanding at an exponential rate. Six films became eleven after Star Wars: Episode IX – The Rise of Skywalker debuted in 2019, and the television world continues to grow with The Mandalorian and Dave Filoni’s The Bad Batch. And that’s not to mention the novels and comics that are sharing previously unknown information about the galaxy — like the reason why Darth Vader cut off Luke Skywalker’s hand.

Star Wars fans will remember the events of Solo: A Star Wars Story (2018) — which joins Rogue One: A Star Wars Story as the franchise’s only (kind of) standalone films — that led to Alden Ehrenreich’s Han Solo being abandoned by his supposed ally and childhood friend, Qi’ra (Emilia Clarke) after a failed ploy to steal coaxium — a rare hyperspeed fuel.

Qi’ra, as we know, worked for Dryden Vos — the public face of the crime syndicate, Crimson Dawn. Although Qi’ra killed Vos at the end of the Star Wars movie, it was actually revealed to be Sith Lord Maul that was the true leader of the criminal organization, who subsequently beckoned Qi’ra to his homeworld of Dathomir to continue their evil planning. This is the last audiences saw of Clarke’s character…until now.

THE STAR WARS COMIC EVENT YOU’VE BEEN WAITING FOR! The notorious bounty hunter BOBA FETT has finally landed his greatest prize – HAN SOLO, frozen in carbonite for easy transport. Fett will bring the smuggler to TATOOINE to collect the massive bounty placed on Solo’s head by the fearsome crime lord JABBA THE HUTT. Sounds easy. What could go wrong?

The first issue of the comic book event is written by Charles Soule and sees Boba Fett lose his most prized bounty leading to an all-out scramble between bounty hunters to collect Jabba the Hutt’s most wanted prisoner. Interestingly, the one who gets their hands on the carbonite-bound Han is none other than his childhood friend, Qi’ra. It should be noted too that the timeline would mean that this new encounter takes place around 13 years since they reconnected in Solo: A Star Wars Story.

While fans may think Han dropping into Qi’ra’s hands is good news, it would seem that her reasons are anything but favorable. Upon seizing the frozen Han, Qi’ra reveals her true intention, saying — “Han always wanted to save me. Now he’ll get his chance.” She then walks away while telling her crew that “the guests should be arriving soon.” Who could they be?

Star Wars fans are perhaps poised for some answers following Qi’ra’s re-entry into the Star Wars canon. What will happen when Boba Fett comes knocking at Qi’ra’s door? How may Qi’ra cross paths with Han’s current (and future) love interest, Princess Leia? And then there’s the big question about Qi’ra’s relationship with Maul — what happened there?

As she says, though, Han will soon have the chance to save her. Chances are Qi’ra is tangled up in some pretty nasty circumstances and the only way out is to secure an allyship with the notorious Jabba the Hutt — even if it does mean betraying her old friend.

Han Solo has a seemingly long track record with bounty hunters throughout the Star Wars saga. Darth Vader employed some of the galaxy’s most nefarious criminals — including Boba Fett and Bossk — to hunt down Han and the crew of the Millennium Falcon. Then there was that mention of the bounty hunter on Ord Mantell in the original trilogy film, Star Wars: Episode V – The Empire Strikes Back (1980) that could end up being The Mandalorian‘s and The Bad Batch‘s, Fennec Shand (Ming Na-Wen).

Although audiences won’t have long to wait for more bounty hunter adventures when Star Wars‘ live-action universe as The Book of Boba Fett debuts this year — joining Din Djarin (Pedro Pascal) in The Mandalorian season 3 and Jedi Ahsoka Tano’s self-titled show in the same timeline. The new series stars Temuera Morrison as Boba Fett with Wen reprising her role as Fennec Shand.

Are you shocked to see this Star Wars duo reunite under these circumstances?